Swedish / Norwegian powersynth band Xenturion Prime emerged from the ashes of Code 64 when Hasse Mattsson and Bjørn Marius Borg joined forces. They released their excellent debut album “Mecha Rising” in 2014, and then entered radio silence until now. These days the band have added Cathrine Räisänen Andersen to the roster and is thereby a trio. The new album “Humanity Plus” is out now on Progress Productions, and it’s a damn good one. We decided to have a chat with the band about what they’ve been up to since last time.

An epic and varied album

The last album came out three years ago. What have you been up to since then? When did you start work on ”Humanity Plus”?

- A lot has happened since 2014. We have relocated and gone from being a duo to a trio. We started relatively quickly with ”Humanity Plus” after the release of ”Mecha Rising”. But life happened and it took longer than we had anticipated. We’ve still made a lot of music in other projects. Björn has been working with his house / trance project Bariuz, where he released a couple of singles and Hasse has released an EP with his techno project Tianzi, plus he’s been playing with the Norwegian band Essence of Mind.

- Work on the album was kind of slow until Cathrine joined in and gave us a new energy and dynamic. After that the album sort of finished itself during the summer of 2017. We also decided to live as collective to be able to work more focused on the music. 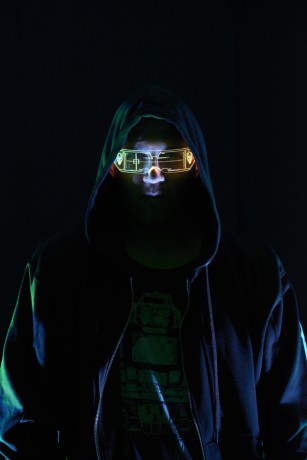 Did you have a specific goal with ”Humanity Plus”? Is there a theme?

- Our goal was to try to make an album where all the songs were strong enough to stand on their own. Regardless if it’s a soft ballad or a dancey club tune, you as a listener should feel the power in the music. We think we managed to create an epic and varied album that also had a common thread.

What does being a trio mean for the new album? How did Cathrine join?

- There’s a whole new depth since she joined the band. Our sound has matured and with her beside us we feel that Xenturion Prime have moved forward. We’ve always felt that we were missing a third member and when we played a remix we did with Octolab live with Cathrine on vocals it just felt natural that she became a member after that. 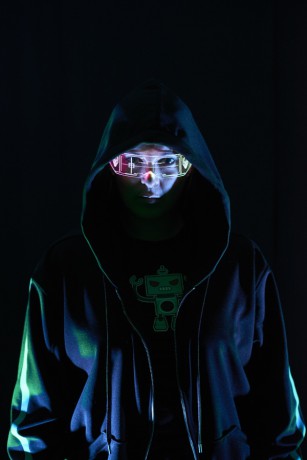 Did you work differently this time? Do you have set roles or does it vary from song to song?

- We have no set roles in the band, everyone is contributing to each part of the creative process. Sometimes it begins with a simple idea from one of us and then we work on it together until it’s finished. We think this is a nice recipe for having such a wide and varied style. Everyone is a part of production, song writing and lyric writing.

What are the pros and cons of living in a collective?

- There are some good things. We can make music and practice whenever we want to, everyone can cuddle with our cats, and we can play console games together. Regarding the cons, let us get back to you after the next album, if we haven’t killed each other by then…

What are you inspired by? A wild stab in the dark: science fiction?

- Yes, it’s no secret that we’re inspired by and use a lot of science fiction themes and metaphors. All kinds of science fiction – except the movie Battleship, which was awful! We read, watch and play sci-fi games. We’re inspired by history, futurism, transhumanism and astronomy / cosmology. We believe that humanity must move on from today’s depressing state to survive. 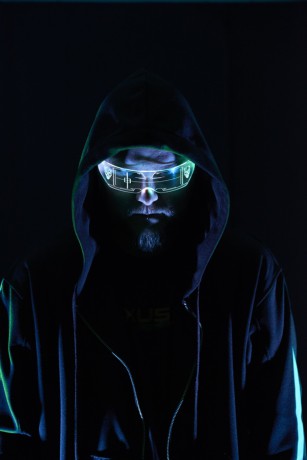 What kind of music do you listen to?

- We listen to a whole lot of stuff between us three, but if we should try to sum it up it’s techno, trance, metal, acid and ambient and so on. So I guess we listen to a pretty broad spectrum, which is also apparent in the music we create.

You like to push the limits a little, and the track ”Vimana” is very trance-oriented. How has that been greeted by the fans?

- So far it’s only been positive, but I guess there’s always one who thinks that you should stay within rigid rules about what’s OK and not. Our ”synth genre” has developed so much that stuff you wouldn’t consider synth ten years ago, is synth today. We just do what the hell we want, as long as it fits our musical vision.

- We’re fully focused on continuing working on music. We have already started working on our next album, but we plan to release some singles from ”Humanity Plus”, plus a couple of surprises before that. Other than that, we’re trying to come out and play as much as we can!