Posted In Live Reviews and Photos

Release reports from the special event with support act and guests. END_OF_DOCUMENT_TOKEN_TO_BE_REPLACED

Page: A pop EP with Apop

Synthpop veterans Page have a new product: “Start EP”, which included an Apoptygma Berzerk “redux” of the song “Krasch”. END_OF_DOCUMENT_TOKEN_TO_BE_REPLACED

Ex-Sneaker Pimps singer Chris Corner’s alter-ego IAMX is back with his dark electronic fusion of music genres. After releasing his eighth album “Alive in a New Light”, Chris is hopeful after some dark years and his personal battle against clinical depression and chronic insomnia. Release met up with the brainchild of IAMX before his show in Hamburg and had a chat about being difficult to work with, a brighter future and having ”a Skinny Puppy”, Cevin Key, to look after his puppy while being on tour. END_OF_DOCUMENT_TOKEN_TO_BE_REPLACED

Don’t miss our Playlist with new music recommendations, listed in the menu under Features. 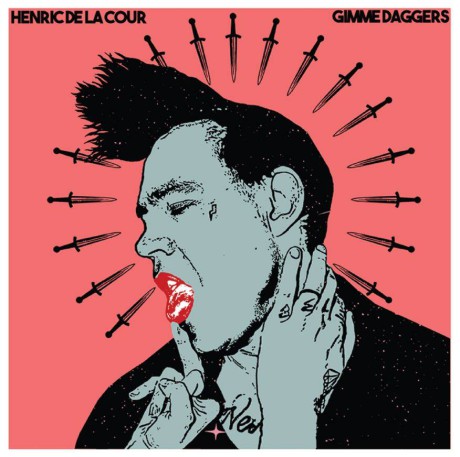 Dark synthpop/goth/postpunk icon Henric de la Cour will release a new album in the autumn. It’s called ”Gimme Daggers” and will be out on Progress Productions.

Time for the 14th Amphi Festival – a black celebration

Amphi Festival is soon upon us for its 14th edition, at Tanzbrunnen in the center of the fair area in Cologne. They invite fans and supporters of the dark scenes to a massive “family gathering” on the flood banks of the river Rhine. END_OF_DOCUMENT_TOKEN_TO_BE_REPLACED

Posted In Live Reviews and Photos

Sonar is probably the most famous electronic music festival in the world, it also is one of the most eclectic – bringing together all kinds of disciplines of music and styles under the umbrella of what is described as “Music, Creativity & Technology”. Sonar by Day tends to follow this ethos more closely than the nightclubby feel of Sonar by Night, and interestingly this year (the 25th anniversary of Sonar) the focus was even more varied than ever. So sit tight as I take you on a world tour of electronic music via Sonar by Day. END_OF_DOCUMENT_TOKEN_TO_BE_REPLACED

The profile has changed over the years. In the nineties you could see Release bands like Front 242, Front Line Assembly, Covenant and Apoptygma Berzerk, but the last ten years have seen a shift in musical direction with more focus on bands and artists appealing to the younger generations. Still, we had Chelsea Wolfe, Massive Attack, Mogwai, Nick Cave & the Bad Seeds, Myrkur, Four Tet and above all Nine Inch Nails. END_OF_DOCUMENT_TOKEN_TO_BE_REPLACED

Back in 1990 the stars aligned and Bill Leeb from Front Line Assembly, and Dwayne Goettel and Cevin Key from Skinny Puppy joined forces to create the one-off project Cyberaktif. They released two singles and the album “Tenebrae Vision”. Now Artoffact is re-releasing it on double CD, digitally remastered.

END_OF_DOCUMENT_TOKEN_TO_BE_REPLACED

If you like your electro fast, pulsating and full of vocoders and bleeps, you could do a lot worse than checking out the newly released album by Blastromen.