Release reports from the special event with support act and guests.

“What were the skies like when you were young?”

It’s amazing to think that Alex Patterson and his numerous co-contributors first asked this question nearly 30 years ago. Starting out as an antidote to the pounding techno and acid house that exploded at the end of the 80:s, the Orb went from chillout room to globe-trotting musical innovators. And 30 years later, here we are standing inside the iconic dome that is the Roundhouse in the heart of Camden. The 5 years since I saw the Orb perform the “Adventures Beyond the Ultraworld” album have shown a hive of activity and renewed focus from Patterson & Co. That night was amazing, would this one live up to it?

First up, Chocolate Hills – a side project of Alex Patterson and Paul Conboy, with ambient music which sounds… well just like the Orb really. Lush sounds and samples, making a nice start to proceedings.

Following this was GAS, the German electronic music musician, and Orb labelmate. The set was really, really ambient and a little too similar for my taste, but did keep up the visual end. Great images were projected, which was the case for practically all of the live acts. 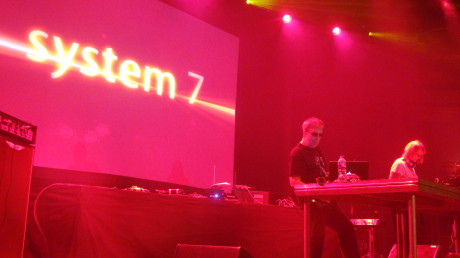 System 7 came next, and really brought a buzz of excitement as Steve Hillage and Miquette Giraudy replaced the ambience with big beat-driven numbers and smart visuals – working the audience well in the process. Following System 7 came Ulrich Schnauss, who brought the mood back down again to glacial ambience, before building the beats up again via drum’n'bass rhythms and techno beats. The set ended well, but the ambience of the beginning seemed to take away the energy built up by Hillage and Giraudy. 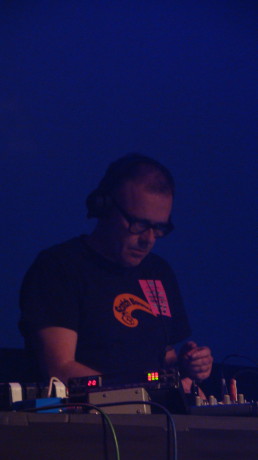 Things went to the next level with Leftfield (pic) DJ:ing next. All pretence of ambience was lost after the first track as beats arrived and got gradually more pounding. They were followed by acid squiggles, and eventually some snippets of the hits they were known for. Simply put, after this hour set, most people had been blown away. 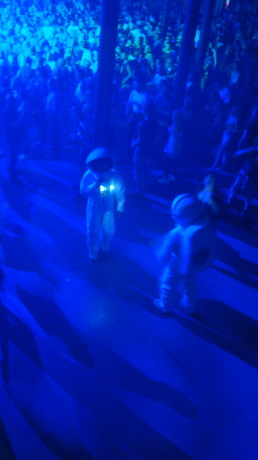 With Leftfield DJ:ing up a storm, it was time to bring forth the band the “fest” was named after. And what a line-up we were presented with – alongside Alex Patterson (pic) was a veritable Orb-all-stars. The legendary producer Youth on bass, Roger Eno on keys, Gaudi playing the theremin, with Steve Hillage performing on certain songs too.

As well as these legends, other singers, toasters and even 2 astronauts (pic) appeared on stage at various points, while the music stretched through the career of the Orb. It started with an amazing “A Huge Ever Growing Pulsating Brain…”, then detouring through old and new tracks (with live premiers of some tracks from the new album “No Sounds out of Bounds”, before finishing with that classic “Little Fluffy Clouds” track. 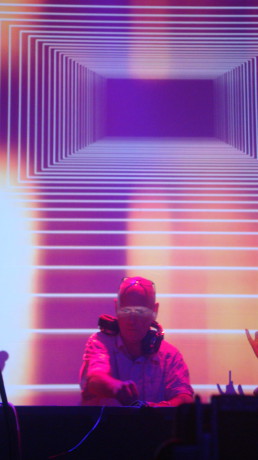 There was a real party atmosphere on stage, which was great to see. However the looseness of the atmosphere meant that the tracks started to lose the qualities often associated with them – by the end “Little Fluffy Clouds” felt like a jam over the top of the track rather than a live recreation of the track itself. In terms of atmosphere though this was a party, and actually The Orb and especially Alex Patterson look fighting fit for the future. 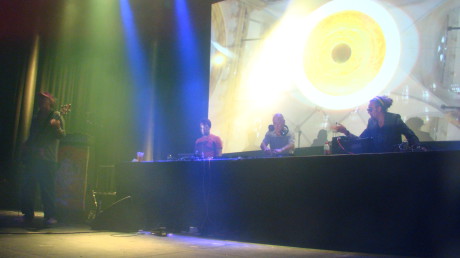