Posted In News by Mike Whyte 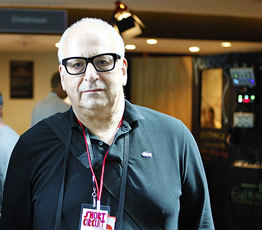 Just announced, and in addition to acts mentioned previously, New Order will now be playing Sonar in Barcelona in 2012.

The seminal Manchester band will be headlining the Saturday at Sonar by Night. Other acts recently added include Cornelius (presenting the band Salyu X Salyu), and Daedelus, a favourite of the Sonar crowds. Mute boss Daniel Miller is also invited by Sonar.