After a five-year hiatus, Henric de La Cour returned with his third full-length solo album “Gimme Daggers” 2018. He describes the album was hardest to date to complete, but apparently the effort paid off as it is all over Release Magazine’s Best of 2018 lists. Peter Marchione from Release caught up with him at his gig at the Blå book release party in his native town Eskilstuna, Sweden – where it all began. 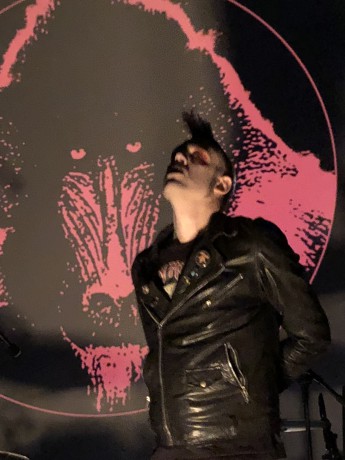 Most artists would agree that an album project in itself is a love-hate rollercoaster ride. For Henric de la Cour, brand new “Gimme Daggers” was his hardest work to date to complete. During the process, he felt that the recorded material lacked in quality. It wasn’t until the last three tracks had been written he felt that the pieces were falling into place.

– For quite some time I felt that the songs Rikard and I managed to produce simply didn’t cut it. They were OK but not delivering what I intended. In hindsight “Mandrills” was a pretty strong album and for long I was holding it as a reference. But, once we had completed “Slow Death Intro” and “Kowalski Was Here” it all finally turned around. Another track that pointed us in the right direction was “Arkham Supermarket”. When these three were done there was finally a feeling of an album rather than just a collection of songs. This also changed my view of the rest of the tracks for the album; what I just considered OK before now turned into something much better. I am very satisfied with how Rikard produced “Gimme Daggers”. He managed to grab it and save it when it all was falling.

Is this progression normal for you when working on an album?

– Never to this degree before. It took me five years this time and I normally take two years between albums. Of course, I spent a lot of time in hospitals this time, which also caused delays.

When Henric was interviewed at the time of the solo debut album in 2011, he described the collaboration process between him and Rikard Lindh (both past members of the somewhat legendary indie band Yvonne). Back then Henric wrote the songs on either keyboard or a guitar, after which Rikard turned them into electronic productions in his studio.

– It’s pretty much the same now but Rikard also contributed with great ideas and song fragments this time. Sketches that I then wrote lyrics to. Once I’ve added my stuff I returned the tracks to him, for another round in his studio. 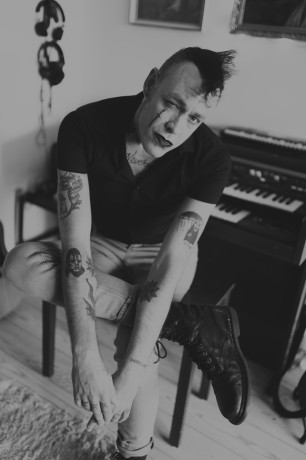 The need for simplicity

Once an album is released; some artists need to take some time off, while others want to get back in the saddle and work on the next release – right away.

– Right after a release, I’m generally eager to keep it up, but it settles after a while. However; this time we’re actually thinking about releasing an EP quite soon, depending on if we’ve still got it or we have to work up our standards again.

Putting together an album concept; putting efforts in choosing the right track order, creating artwork et cetera sometimes seems pretty old-school in the new streaming era. Listeners tend to pick tracks rather than releases and Henric is also aware of this.

– People definitely care less and less about all this, including me.

While both Yvonne and Strip Music for the most parts were a Swedish matter, the Henric de la Cour solo project has gained more of international attention, especially in Europe.

– One of the reasons is that I’m presenting a much clearer idea today than back then, another reason is the electronic sound. One shouldn’t underestimate people’s need for simplicity when it comes to music. Still, I’m not quite there yet, it’s fun to play around with different sounds. Also, we’re much more skilled songwriters these days.

A paradigm shift for the overall theme of the songs was the breakthrough when a new medicine for Henric’s disease cystic fibrosis surfaced a few years back. While this lifted some of the terminal aspects of it for him, he emphasizes that this fact doesn’t really change much:

– Of course, I’ve developed as a songwriter and singer over the years but people tend to exaggerate the meaning of the new medicines. I am still a black hole of shit.