KaSpel and Key return to The Tear Garden – interview

Release had the opportunity to get some time with Edward Ka-Spel to speak about the new Tear Garden album “The Brown Acid Caveat”. They started in 1986, a time when vinyl distribution and print magazines were key to getting your band name out. 30 years later, Ka-Spel and Cevin Key are at it again with their 10th release and its a different world now. For this session, Edward was in London and our writer in Zürich.

“Cevin was especially great with this campaign”

The Tear Garden entered into a crowdfunding campaign which had an excellent reception. The recordings and release preparation were through July 2016 – June 2017.

Can you give us some indication on the commitment to be on a schedule for such a crowdsourcing goal? You hit 177% on PledgeMusic.

- It was a very new experience for me but it did allow us the luxury of bringing in guest musicians and having a fine engineer like Greg Reely providing the final master. Cevin was especially great with this campaign, ensuring it went smoothly, keeping all who supported us in the loop. I think I’m too disorganised to have managed that side of things… 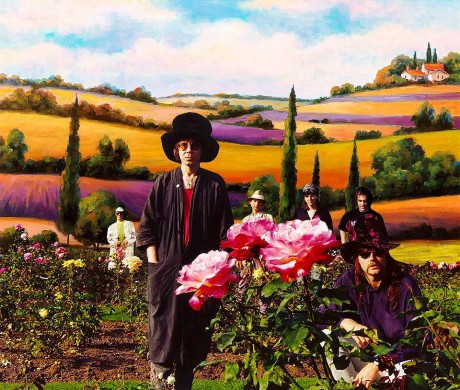 I recall viewing the crowdsourcing page and the promo video. You mentioned a trans-Atlantic collaboration. Was there an opportunity to meet Cevin while the recordings were still being actively worked on?

- Cevin had to deal with health issues during the recording, so it meant we couldn’t get together during the actual recording but I stayed with him very recently in LA where he lives, when we had the Tear Garden listening party.

What other musicians are present on “The Brown Acid Caveat”? I believe I hear a resonator guitar on “Object”. 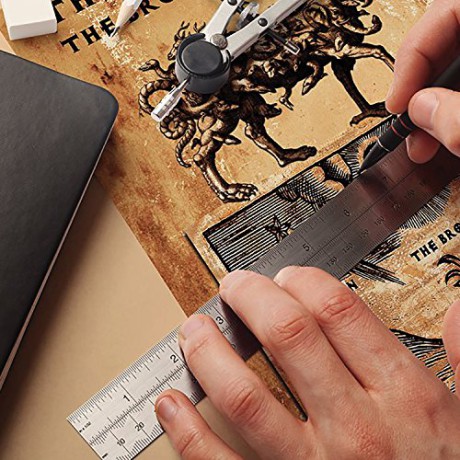 Record buyers read a lot into album covers, names and liner notes. The mixed media promo photo/painting of you, Cevin and the guests in a garden with the three roses in front. Were these people ever together or is this a collage? Maybe you can give your impressions of the album art?

- We were certainly together and it was a very special garden, but you could say the pic was lysergically enhanced.

While recording, does Cevin ever come back and say “Edward you’re really missing the point on this song, please rework it”? Or is he too polite and respectful?

- He can get me in line if I’m following a melody line that strays too far from the structure!

Is “Lola’s Rock” the anchor track to the title “Brown Acid Caveat”?

Who gave the titles to the “Brown Acid Caveat” songs?

- Titles were mine. The first brown acid caveat was issued to a million hippies in a field at the first Woodstock Festival in ’69.

From the days of old.

For Ka-Spel’s main project The Legendary Pink Dots, it’s amazing at how much touring they’ve done over the last 15-20 years, but sadly no Tear Garden live gig yet.

I have a decent memory and maybe it was an attention grabbing gimmick, or maybe it was fact but sometime circa 2002-2004, Cevin Key spoke of maybe doing a Lollapalooza-style tour with a number the Skinny Puppy side projects. Did he ever convey this idea to you about Tear Garden?

- It was in the air and somehow never quite happened. But a tour is a reality that will happen.

The Tear Garden “Eye Spy Volume 2″ was released on the 7th of July. Can you comment on any possible comparisons with “The Brown Acid Caveat”?

- Material for “Eye Spy” is old although much was finished recently. Still I think it’s a universe in itself.

12 songs is a pretty healthy offering for a crowdfunding effort. Are there any left-overs that might spark a second session, or an extra tracks release?

- No, but more recordings is already underway.

You just finished an album and tour with Amanda Palmer, would it happen again?

- I hope so… it was a very fulfilling project. Amanda is a delight to work with; creative, sensitive and a workaholic like myself… But we’ll see.

Do you ever find some old lyrics that has been hidden for some time, that get used in new material?

Finally, do you have something to remark on that was maybe a past misconception, or false truth about yourself?

- The drug stories… I enjoy the odd margarita or glass of sangria and there it stops.