As a big fan of The Klinik I’m quite excited over the fact that the new studio album – “Eat Your Heart out” – created by the original members Marc Verhaeghen and Dirk Ivens will finally be released on March 1. There’s also a new member called Peter Mastboom joining the ranks.

It’s taken 22 years for The Klinik to re-unite in the studio, even though Dirk and Marc have reunited on stage many times and Marc has released number of excellent albums under the moniker. This new album however, features the old school cold, minimalistic industrial style we know from the earlier material.

The album will be released by the label Out of Line – named after a Klinik song. “Eat Your Heart Out” will also be available on a limited edition white vinyl, pictured below. 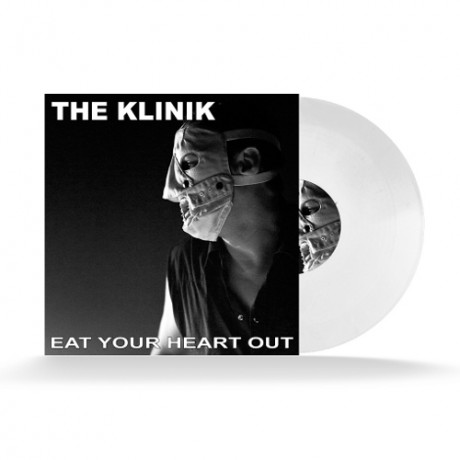