This year’s edition, year 9 since the start, of the Way Out West festival in Gothenburg was a bit special for me. The line-up did not excite me much except for two acts: Susanne Sundfør and Pet Shop Boys. Add a severe case of the shingles and my energy levels were at a minimum. So I decided to visit the festival for only two gigs. No loitering around discovering new artists for me this year, so this report will be short and to the point. Don’t miss the photo gallery at the bottom.

The organizers reported a 30 000+ attendance for each day at the main festival area, which is a new record. And it was really crowded at certain bottlenecks in Slottskogen, but the hipster crowd seemed to be in a good mood, not having to wear socks and sporting illustrious beards, second hand clothing and drinking beer in the woods. Maybe the brilliant sunny August weather, at least during Thursday and Friday when I visited the festival, helped.

So on Thursday evening I went down to the main entrance noticing that the line for the press/VIP entrance was longer than the regular queue, so I picked that one and sneaked past some of my photographer pals. 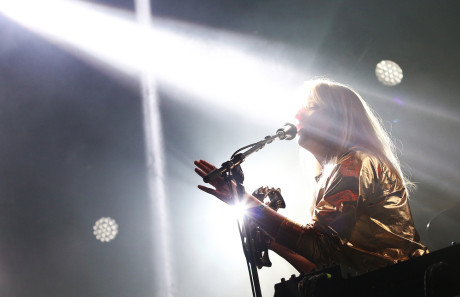 Susanne Sundfør played in the large tent called Linné and maybe that was a mistake from the organizers since it was filled to capacity before the start of the gig, and it was extremely hot. I heard that the Future Islands gig earlier was even more crowded. However, I managed to get to the press entrance to the left. Susanne does her sound and line check herself so I could snap some photos before the gig. There were some delay due to faulty cables or DI-boxes but the crowd was very supportive.

Then the gig started and it was based around her latest album “Ten Love Songs”, much like the gigs in Oslo. She got the best response from the audience during “Accelerate” and “Fade Away”. Six other musicians flanked Susanne just like previously, the main difference was the gear setup. Susanne hadn’t brought her organs but used a small keyboard and a bunch of effects instead. Her female backup singer stood to her right and her female keyboard/guitar/backing singers to the left, and the three guys on keyboard, bass and drums behind her on risers. It was a great gig, and she talked more than usual in-between songs. She seemed to be in a brilliant mood and her voice was in good shape. After the concert, I quickly left the festival area to get some sleep. 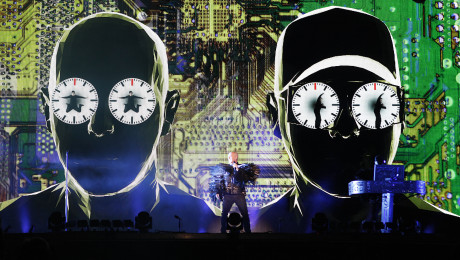 The next day was the real highlight for me. Pet Shop Boys played the penultimate gig on the “Electric Tour”, which has spanned more than two years and more than 110 gigs in 40 countries, and all this in my home town!

However, I was gutted by the press photographer’s email informing me that no photographers were allowed in the pit for this gig; only one official festival photographer was allowed to take pictures from front of house, just like the Kraftwerk gig a few years earlier. I understand that some artist do not like to be photographed from below in the pit, but during the “Pandemonium Tour” they had a reserved small area next to the mixing desk for the photographers. So seeing unused building material next to the desk tower made me slightly annoyed, couldn’t they be asked to build it for us? It would have taken 10 minutes for two people and reducing the capacity by 25 in an area for 25 000 people.

Nevermind, I took a front row position dead center at the stage called Flamingo and was joined by my friend Anders who is a huge Pethead. We saw this tour together in London, about two years ago. Our spot was fantastic and the crowd was very positive and well mannered throughout the performance. Since I had seen the show before and followed Pet Shop Boys on various online streams, there were few surprises in store, but I felt that Neil was in a particular good mood this night. Maybe because this was close to the end of the tour and their new album is ready for mixing. 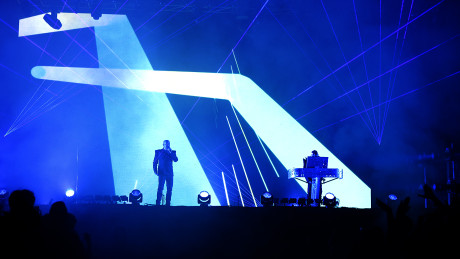 The show started with “Axis” from “Electric” and two screens, one semitransparent in front of the stage and one at the back giving the whole thing a fantastic 3D feel. The set list has remained much the same throughout the tour, with minor changes like “West End Girls” and “Go West” switching places and so on – and a few alterations here and there. I think it’s the best setlist I have seen; a few old forgotten gems, quite a few new tracks, one or two showstoppers and then many hits from their long list. I love the fact that they mix several tracks into one, taking the verse from one new song combining it with old choruses and sounds. The sound quality was good where we were standing, but the bass could have been weaker at the latter part of the gig, and it felt a bit boomy.

With a music curfew at midnight, the in-between talk felt a bit rushed at times. I think Neil and Christ are true geniuses; they manage to keep their audience spellbound without doing anything extravagant. Neil moves from side to side clapping his hands, Chris lurks behind the keyboards and his computer keeping everything running smoothly. And still everyone in the crowd is on their toes. That in my view is the ultimate proof that it is the music that is important thing. Yes, the videos are really fantastic, the lasers and lights magnificent, the dancers top class, their costumes out of this world, it is all very well thought out and coherent but in the end, the music of Pet Shop Boys really touches something. I love them. I am Fredrik Wik, and I am a Pethead.

This is the setlist:

“Axis”
“One More Chance” / “A Face Like That”
“Opportunities (Let’s Make Lots of Money)”
“Fugitive”
“Integral”
“I Wouldn’t Normally Do This Kind of Thing”
“Suburbia”
“I’m Not Scared”
“Fluorscent”
“West End Girls”
“Somewhere”
“Leaving”
“Thursday”
“Love Etc.”
“I Get Excited (You Get Excited Too)”
“Rent”
“It’s a Sin”
“Domino Dancing”
“Always on My Mind”