It’s that time again. When the weather starts getting more pleasant, and the days start getting longer – then you know it is time to get yourself to Sonar to hear what’s on offer at the premier festival for electronic music in the world. Now firmly established as a global brand, with events being held in nearly every continent – Barcelona is still the big one, the daddy of them all, and in it’s 21st year.

This year could be described as the year of the multi-tasker, as a few of the acts on show were to feature more than once across the festival, and some even had their own part of the festival itself.

With a fresh head and the necessary passes, it was time to walk through the gates to the place I would pretty much call home for the next few days – Sonar by Day. 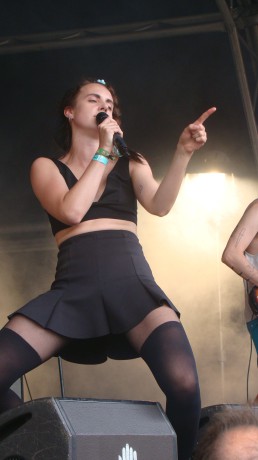 I started off in the outside Village space, and listened to Discos Paradiso – an entertaining set of electronica, provided by DJ:s who head up the scene for Barcelona. Straight after it was Mø (pic above), the Danish new star who has Diplo amongst her producers – she was the first act to get the crowd into the party mood with some great tunes and even more energetic dancing. 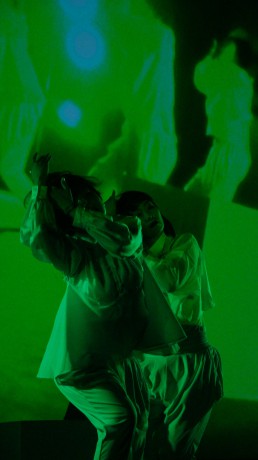 A quick tour of the spaces produced De la Montagne and a great set from Daito Manabe (pic), who combined technology and reality to great effect, with dancers having projections mapped onto their dresses, and especially when 3 floating pyramids hovered around the stage in time to the music – the first encore of the day was the result.

Things stepped up a gear with Machine Drum Vapour City, which was the highlight of the day for me; strong beats and great melodies, plus a superb live drummer making for a truly high tempo performance. 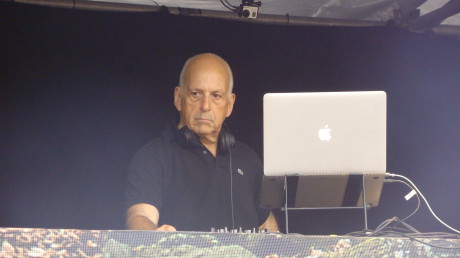 The legendary Mute boss Daniel Miller (pic) preceded the special Plastikman performance of Objekt, both on the main outdoor stage, with a quick dash to catch a good half of Trentemøller’s set, which came out all guns blazing. The special Plastikman show featured the new album in full, with the focus being on a large monolith of light projections planted in the middle of the audience. Originally made for the Guggenheim in New York, the show suited perfectly the slowly dimming light as the day faded into the night – and a rest before the double-headers of the next 2 days. 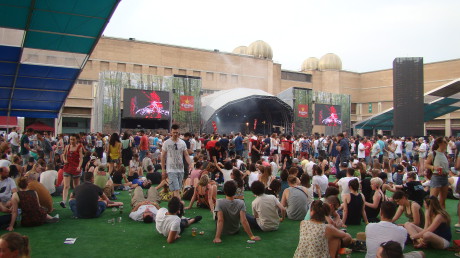 With a looong day ahead, it was late start for the Day event – my first act being a rather impressive Throwing Snow on the Red Bull stage. FM Belfast followed- the Icelandic band providing a show of energy, and excitement, which kept the weekend crowd rocking.

After taking in a bit of Bonobo, who brought some nice Ninja Tune jazzy electronica to the table, I decided to go for something a little more experimental – so I camped out in SonarHall, to witness Simian Mobile Disco live, the rather crazy Matmosand one of my highlights of the festival, an on point, exceptional turn from Jon Hopkins. Such was the interest in Hopkins that the crowds went right curtains that marked the edge of the room – the most visited turn of the festival I would hasten to guess. Buraka Som Sistema rounded off my day – another act introduced to me thanks to Sonar, and one I have loved now for many a year – I left for Sonar by Night with a big grin on my face. 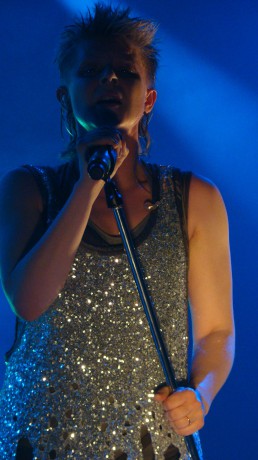 Røyksopp and Robyn (pic), the Scandinavian supergroup-in-waiting started off my night, and were excellent. Robyn’s voice soared in fact, and filled every inch of the cavernous space that makes up SonarClub.

There was a lot of running between the 2 venues SonarPub and SonarClub, at opposite ends of the venue, in order to try to catch some of the main acts performing – and to a great degree I managed it – Caribou, Todd Terje, 2manydjs and Richie Hawtin all had a degree of attention on my travels. The 2 venues in between these behemoths held my attention more though if I’m honest – Gesaffelstein, Four Tet, and the LIES showcase being the sound to my early morning as night again turned to day – and my bed beckoned.

The feeling is back… that feeling of not knowing if you are awake or asleep, it can only come after the intense activity of trying to fit as much in of this glorious festival as you can. It also leads to a little bit of daydreaming, and this is when my thoughts about the festival are formed. So let me share them with you.

This year, as I previously mentioned, feels a little like multi-tasking. This is because some of the main acts feature more than once. Richie Hawtin DJ:ing by night and playing live by day. Similarly Four Tet closing one day and opening a night. 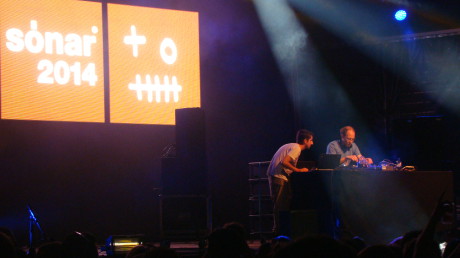 But more than this, it seems 2014 will be remembered as the year of the collaboration – Caribou performing alone one night, then with James Holden (pic) the next – who had also appeared a couple of times across the festival too. Then both James Murphy and 2manydj’s DJ:ing at Sonar by Night, then having their own space at Sonar by Day under the name Despacio, with specially constructed speakers in the round, and performing in near pitch-darkness, to avoid the usual dancing while staring at the DJ. It was quite unusual to see all of this collaboration action happening around Sonar, but I must admit it did make me think about the possibilities of what could happen in the future – and the crowds seemed to love it, as it was announced this year was the second busiest in its history.

Anyway, snap out of it – Red Bull gulped and sandwich eaten, the brain was clear enough to take on the musical onslaught again. Neneh Cherry with Rocket Number Nine first – and a really up for it crowd on show again – good times had by all at a show that didn’t disappoint. 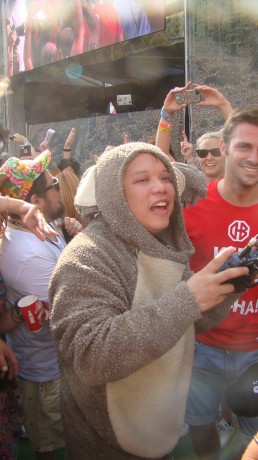 Then a dash outside for what turned out to be my favourite set of the whole event – Kid Koala. The reason being Kid Koala knows how to rock a party, and give the crowd a damn good time. There was dressing up, throwing of vinyl, random people beckoned up on stage – even conga lines around the crowd (Koala generally spent as much time off the stage as on it). To say everything that happened would be to spoil it – but safe to say, Kid Koala is in your town, make damn sure your are front of the queue for tickets! TOKiMONSTA to finish off the day, as I was ready to head off for a big, big night…

Four Tet warmed the crowd up nicely for Massive Attack to blow people away with their new live set up – the emotion in the air when they finally played “Unfinished Symphony” was almost touchable. 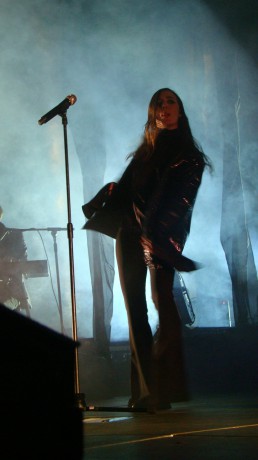 How to follow up such a phenomenal start to the evening? Try this trio: Lykke Li (pic), James Murphy (a Sonar favourite) and the king of disco himself: Nile Rodgers (performing with CHIC). All 3 acts provided different takes on crowd pleasing – with the adoration for the current wave of disco making Nile Rodgers appear almost God-like on the stage. And indeed by the end people were up on stage revelling in being in close proximity to the CHIC one himself, and he also appeared to have enjoyed the Barcelona crowd so much that it took a lot of persuasion to get him off stage again.

While I still could muster up the energy, the camera and the concentration stayed in hand and sets from Brodinski and Boys Noize were watched before the eyes and ears could take no more. I sneaked off into the approaching daylight, and the sky, as if spotting me, unleashed the mother of all tropical storms, with lightning as bright as some of the stage lighting I had seen a short while earlier.

The last word? Sonar shows no signs of letting up, with probably the greatest mix between crowd pleasing acts and experimentation I’ve seen at a Sonar yet. I hope the cult of celebrity is kept at bay and Sonar doesn’t rely on too many top name acts bulking out the schedules in the future, as this year worked, but more may not. Here’s looking to 2015 already.

All photos by: Mike Whyte (Release)