Posted In News by Niklas Forsberg

Norwegian synthpop sensation Shatoo enjoyed some success back in the eighties when they released the albums “A True Story” and “Life” including hit singles “Overload” and “Santorini”. Original members Dag Brandth and Calle Varfjell (ex-Marcussen) have been joined by Per Aksel Lundgreen (Angst Pop, Cronos Titan, ex-Apoptygma Berzerk) and Geir Bratland (ex-Apoptygma Berzerk) for the new material.

Comeback single “Nothing That I Wouldn’t Do” was released in May and now the time has come for second single “Floodlights” due out on December 13 on Sub Culture Records. A third single, “Movies” will be released around February/March with a full album to follow. 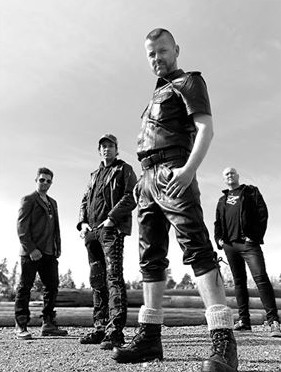