Swedish synthpop pioneers Page have signed with Wonderland Records in Gothenburg. Their new album “Hemma” (“Home”) is scheduled for a September 11 release. The first single is called “Som ett skal” and 10 remixes have been made.

Two will be exclusively released on 3 inch CD:s, in limited editions of 100 copies each. The rest of the remixes will be released digitally in September.

Sebastian Hess from Wonderland Records is also co-organizer of the Electronic Summer festival in Gothenburg (August 29-31) where Page will perform. The first copies of the Page album will be given to 3-day ticket buyers and the album will be available at the festival.

Marina Schiptjenko from Page will also perform with her new duo Julian & Marina and Page mastermind Eddie Bengtsson’s old band S.P.O.C.K is one of the headliners alongside Apoptygma Berzerk, DAF and Tyske Ludder. 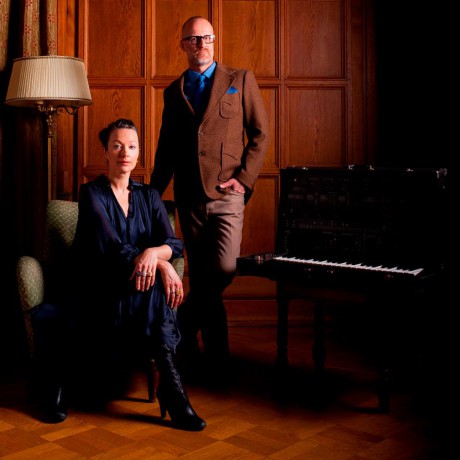