Seemingly out of the blue, Covenant has revealed that a new album is coming, as well as a tour of Europe.

The title of the new album is “Fieldworks” and so far there’s no word on a release date, or singles. Or anything really, except that they have expanded their contract with Dependent Records and that there is a tour starting in February 2019 in Germany. It kicks off in Berlin on the 7th, continuing throughout the country, ending in Leipzig on March 2. 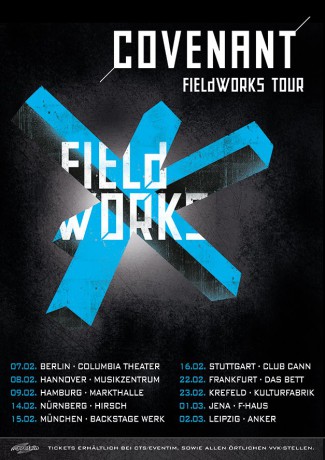