Meat Beat Manifesto to return this month with new album

Posted In News by Mike Whyte 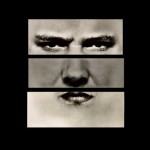 It’s said to be influenced by “…the paranoid and surreal political and cultural climate”, and promises to be a further innovation of the varied electronic MBM sound. Currently available on pre-order, the album will see the light of day on January 19th via Flexidisc.