Release had the opportunity to interview Bauhaus founding member Kevin Haskins as he was finalising his archival book project. The coffee table book is titled “Bauhaus Undead” with subtitle “The Visual History and Legacy of Bauhaus” with the most complete set of memorabilia from the personal archives of Haskins, and some fan donations as well.

In what we thought would be the most popular Christmas 2016 gift for any Bauhaus fan, unfortunately is not available yet. Release Magazine waited to publish this interview to coincide with the book publishing milestone. As the book completion and publishing timeline drew later into 2017, we decided to present our readers with this interview. 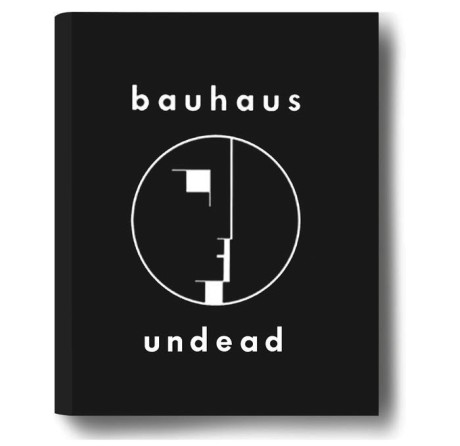 Blessing from the band

You’ve been busy working on this archival book compiling the memory of your past musical project Bauhaus. As this interview precedes the publishing of the book, can you describe your expectations in the printed result and reception by “Bauhaus Undead” readers?

- I’m not exaggerating when I say that the book is a beautiful creation invested with love!

Are contributions from other Bauhaus band members, or is this a singular vision?

- There are handwritten lyrics and drawings by Bauhaus band members and of course the book could not exist without the band, but aside from that, it is definitely a singular vision. This is not an official Bauhaus authorised book although I have blessings from the band members. I worked on the book alone ably assisted by Jeff Anderson from ainr.com who is the creative director.

Why a printed book and not a film, or an internet hosted project?

- The internet is an amazing creation that has revolutionised how we interact with the world and each other. But as with everything there are minuses and plusses, the Yin and the Yang. The internet has given me a lot of things but it has also taken away a great deal. It has unfortunately devalued music enormously and has turned many physical items in to digital files. What really excites me about producing a coffee table book is that it’s one of the few creations that cannot be digitised! I am very excited to have created such a beautiful high end art book. This is a very large book, with heavyweight paper and a luxurious fabric hardcover. This is something that one can actually feel and hold and that is rare these days. I find it refreshing to play vinyl records instead of MP3:s and enjoy the tactile experience of opening up a book and feeling the thickness of the paper between my fingers as opposed to clicking on a link, and reading off a screen. 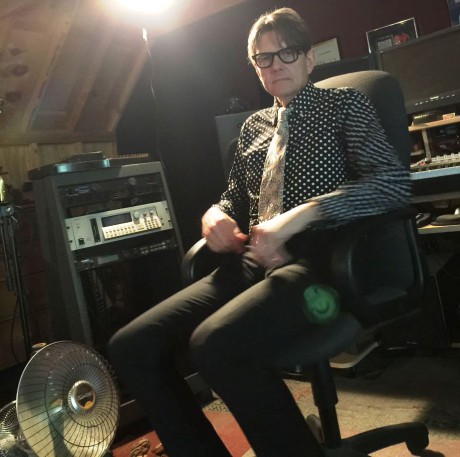 Any misconceptions of the band Bauhaus that you look to break, or support in this book’s content? Or perpetuating stories that never went away? Any favourite non-truths…?

- Well I hope that I have revealed our sense of humour, maybe there’s a misconception that we took ourselves too seriously at times? We were not all doom and gloom and if you really listen to our music it reveals how multi-faceted we were. The only conscious approach that I took was to remain as positive as possible. Within my story telling, I wanted this to be a celebration of the band and our legacy and to not dwell on any negative aspects. To be truly empathetic and compassionate. I feel that I have achieved just that.

Bauhaus always managed to put together a spectacle onstage. Can you reflect on a particular moment when you felt overly proud that the band was progressing to your satisfaction?

- I think that I always felt proud of being a part of such a ground breaking band, and always very grateful. I never took it for granted. One moment that immediately came to mind was the first show that we played, when we reformed, in 1998 at The Hollywood Athletic Club. When I sat behind the kit, ready to break in to the first song, I felt this huge sense of confidence. It wasn’t ego, but I felt that we were invincible! God that sounds so egotistical!

Can you tell us who the collaborating team is to get the book together?

- As I mentioned before I was ably assisted by Jeff Anderson from who is the creative director. He and I kept running into each other at gigs in Los Angeles and slowly becoming friends. On the third occasion Jeff asked what I was up to and I told him that I was beginning to work on my book. He exclaimed, “That’s what I do”! Long story short; I saw his beautiful box sets for NIN, Pixies, Sigur Ros, Beck, Roger Waters etc and was blown away by how beautiful they were. I feel that this was a definite case of synchronicity. Then Jeff brought on board my wonderful design team: Donny Phillips and Kaylee Carrington of KIHL Studio. They are two of the hardest working and tenacious people I know! Last but not least I must give an honorable mention to Andrew Brooksbank and Vincent Forest. These two fine gentlemen are Bauhaus fans and archivists. They both supplied some marvelous pieces for the book and also worked countless hours researching and assisting. In my quest to make the book, the best most definitive book on the band I drove all of these very fine people absolutely round the bend at times! I am very grateful to all of them!

What inspired you to consolidate this book in 2016, and not an earlier era such as coinciding with the last Bauhaus recording in 2008 “Go Away White”?

- It was quite a random incident. A very good friend of mine one day suggested that I put all the memorabilia that I had collected over 30 years into a coffee table book. I thought it to be a good idea but as I decided to self-publish, I had no concept of how much time and effort would go into it though! It was a simple as that! 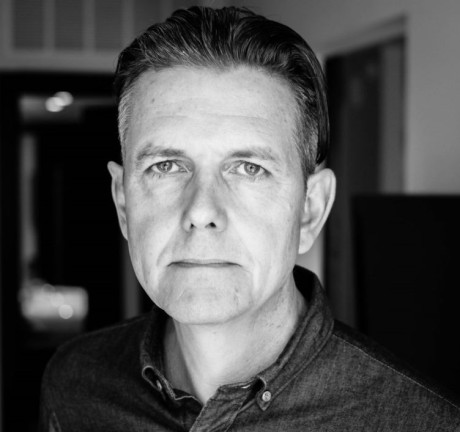 - I’ve been working on an LP with a friend of mine, Patina Cream, and hopefully that will get a release soon. Aside from that I’m still scoring films and making music for movie trailers.

Maybe you could speak a bit about the Bauhaus’ signing to iconic label 4AD? And any notable differences when moving to Love and Rockets and getting signed to Beggars Banquet?

- There is a piece in the book about 4AD. It was a very exciting time as we were right there from the beginning. It was a dream come true to actually be put on a wage after a living a meagre existence on the dole! 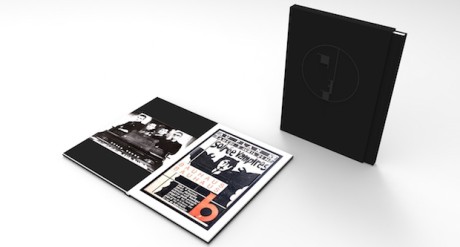 As time ran short, we had a number of unanswered questions left as you could imagine, but rightfully so. As Haskins lived the Bauhaus experience firsthand, he has been able draw from his own personal memorabilia of the band’s debut in 1978, tours, breakup, and reformations (1998 & 2005). Haskins’ personal written recollections are a feature of the book content, along with largely unseen photographs, set lists, artwork and lyrics. Haskins had pursued the project to realise this book from his home location in California. While it started as a self-curate and self-publish effort with the design team, it went on pre-sale in late September once the book contents were complete. Haskins’ book is offered as a signed deluxe hard-bound edition with slip case, or a compact edition hardcover almost half the size.

In mid-January 2017 Haskins announced he is in discussions with interested publishers for his book project. The Bauhaus drummer and author is confident citing “its now looking very likely that it will see the light of day, and hopefully sooner rather than later”. You may be too young to know, or too old to care but we are on cusp of reading some untold backstage stories and wondering at the gaze of goth culture’s artistic inception. Undead awakening.