One of last year’s favourite albums of many Release Magazine readers (and writers) was the debut of Icelandic duo Legend; “Fearless”. Their blend of dark sonic imagery and classic pop harmonies makes their music suitable for both alt rock fans and pop enthusiasts. Peter Marchione had a chat with front figure Krummi Björgvinsson. 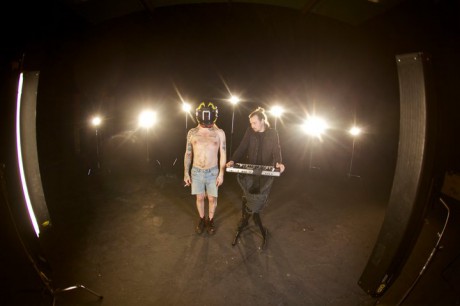 Jumping over from the more conventional line-up of your other bands, Mínus and Esja, into more electronic music is not as common as the other way around. Have these more gothic/electronic influences always been there or is it a new fascination that lead to Legend?

- I’ve always been into electronic music from an early age. Growing up I was going to illegal raves in the early 90:s and my first official band was an electronic band called Impulse. I was about 12-13 and we played really fast hardcore rave music in 180 bpm, so this is nothing new to me. I have always been into noise, soundscapes, industrial and dark pop bands from the late 70:s and 80:s.

What are the main differences between Legend and your other musical projects, both when it comes to the actual writing and performing the songs, but also the audience in general?

- It’s easier with Legend because its only the two of us writing the music and we are very close friends as well. We have our own studio so we work very closely together. Dóri (other half of Legend) would have a synth line and I write a vocal melody over that, then we arrange the song together and I write the lyrics in most cases. We have this chemistry and we sometimes don’t need to talk when we are writing music – some kind of telepathy!

With my other projects it’s different of course. With my band Mínus we meet up in a practice space and just throw all kinds of ideas between us and see what happens. The music is written together and then I go home and write the melody and lyrics for the song. That’s how it’s always been for Mínus. I have a solo career so when I’m working on my own material I sit at home alone with the computer and work on the music. A lonely process but a nice change from all the rest. 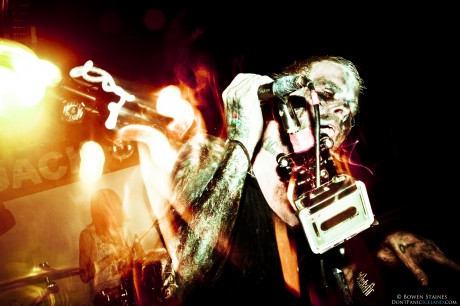 Is there a specific paradigm for Icelandic musicians? The outside world would like to believe that you live in your very own parallell universe of geysers, obscurity and arty living. What is the true picture? Are all Icelandic people as creative as we’d like to imagine? And if so; what do you think is the reason?

- We are very isolated and that gives us edge. Not all Icelanders are artists and not all of them are creative but for an island with a population of about 300 thousand people, there are a lot of artists. The good thing is that most of the artists here in Iceland are original and strive for something special.

But for the most part it’s like any other country really. You can find amazing art everywhere if you look hard enough The thing is; with Iceland you maybe don’t have to look so hard.

You’re on a Canadian label for world distribution and Canada is also known for electronic/alternative musicians with a strong sense of integrity. Do you feel that the cultural climate in Canada and Iceland are compatible?

- Yes, very much so. The European mentality is there and I think that Canada is like Iceland in some ways. They don’t eat up the shit from America and have a strong sense of individuality. Not that I have anything against the USA, it’s just that Canada prefers to be isolated from all the drama in America and that’s what Icelanders want too, I think.

- Just like everywhere else, I guess. The difference is maybe that everybody knows each other and helps each other out. It can be kind of tiring and boring sometimes because you’re always playing in front of the same people in the same venues. That’s why it’s good for any Icelandic musician/artist to go overseas and play in front of a new crowd and expand their horizon.

In Sweden aspiring musicians get public fund support, to a certain extent, for their work. Do you have anything like this?

- Yes, we do have a very similar fund support. I guess that this is one thing that Sweden and Iceland have in common: We support our artists and make amazing music. 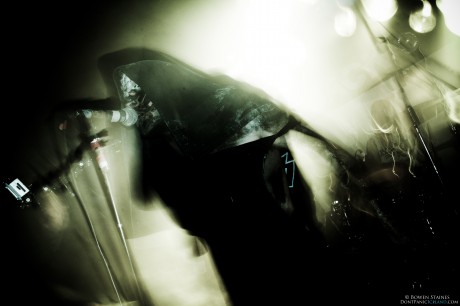 For the Legend project, what would you say that your main influences are, musically but also in general?

- We have always been inspired by loud factory sounds, noises and experimental music but we also love good pop songwriting. We just put those two together. I myself being a skater, hardcore punk and going to illegal raves in 90:s and Dóri growing up as a teenager in the 80:s says a lot about how we write music together. We are also very much into film scores and epic arrangements. I think that no artist wants to be labelled but I understand that people need to know what kind of music they are buying. Darkness and light, the same theme of spiritual conflict permeates our music

What are the current plans? Are you putting most effort into live performing or recording new songs?

- I’d say both since we put everything into our songwriting and live performance. The visual part is very important for us so I spend a lot of time pushing the boundaries of the live show. But when it comes to writing the music we lock ourselves up in the studio and work very hard. I guess we turn into musical hermits and don’t see the light of day for months.

The “Fearless” album was a favourite among many critics around the world. Are there any areas in the world where you have gained more popularity than others?

- I’m not sure, but Germany has been very supportive and Canada and Iceland as well. It’s hard to say because we are getting press from everywhere right now.

Are there any specific areas that you’d like to be more popular in?

- No, not really. We are just grateful that the album is available outside of Iceland and that it’s being distributed by a reliable record company.

- I guess he/she is from the “normal” working class people and the more obscure listener who love his/her underground music. I think our music is approachable by any type of person and we really don’t belong in any, specific scene. We play pop music but in a different way than it has been done usually.

Is Legend the main project now or more of a side thing?

- All of my projects are very important to me but I can say that Legend is now a full time venture and is the project that I dedicate most of my time to these days. And I will continue to do so in the years to come…