After the excellent “Airmech” soundtrack, it seemed like we had a revitalized Front Line Assembly on our hands. The band went into the studio again to work on a new “proper” FLA album, and now we’re getting close to the result. Bill Leeb, Jeremy Inkel, Jared Slingerland and newcomers Craig Johnsen and Sasha Keevil all seem very excited by this release they’re calling “Echogenetic”, and are aiming for a July release.

The album is a purely electronic affair, with no guitars in sight. Jeremy Inkel has this to say about it, on his Facebook page:

- “Improvised Electronic Device” was the album I wanted to make as an industrial fan, but “Echogenetic” is the album I’ve been wanting to make as a producer/writer of modern electronic music. Very excited to see what people think of this. I’m excited, it’s been a while since I felt like this about a release.

Greg Reely has mixed and mastered the album as usual, and the lads handed it over to Metropolis just last week. Live dates are starting to pop up as well, with dates in London, Glasgow and M’era Luna Festival already announced. More to come.

Below is the album art by Vancouverite Troy Sobotka. 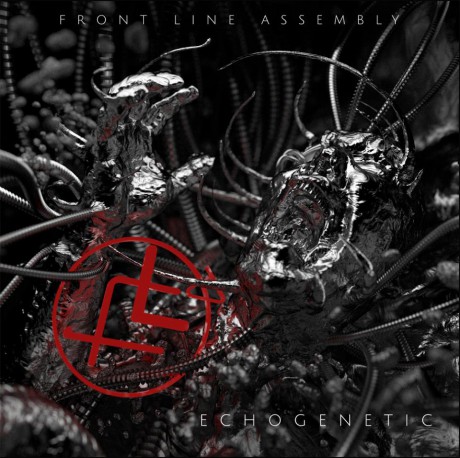