Exile Hurts… or: We’d love to be a Polivoks

The Hurts saga is quite the opposite of what one tends to believe is the situation for young musicians these days. In 2009; a hit tune, “Wonderful Life”, with an amateur video landed a recording deal with the RCA etiquette Major Label  and a year later Hurts’ debut album “Happiness” was released. Since then, Theo Hutchcraft and Adam Anderson have been touring like crazy all over the world.

Now Hurts are back with their second album “Exile”. They have once again recorded in our hometown Gothenburg so we just had to book an interview. We had a nice chat with Mr Anderson who revealed that “Exile” was an industrial album to begin with.

So, you are finally about to release the dreaded second album. How does it feel and why on earth did it take you this long?

- The problem was that we toured for such a long time, approximately two years which was probably too long. But, you know, there was always just another gig that we had to do and this got in the way of writing new songs. Once we managed to stop playing live there was actually the normal album writing procedure of 9 to 10 months. We are very excited this time since we feel that we’ve made an album to be proud of. We couldn’t have worked any harder on it.

What are your expectations on the new album?

- We’d love it to continue with the things that happened to us with the first one and take it further; letting us reach more people, play in front of bigger crowds and things like that.

As you say; you’ve been touring extensively for years to follow up the success of the “Happiness” album. Did you write new songs while touring or did you go off the road straight into songwriting?

- Straight off the road since we cannot write when we’re touring, unfortunately. It just doesn’t work for us that way. As soon as we’d finished touring we rented an apartment in Manchester and got right into writing. This writing period was actually the only time off we had. We haven’t actually stopped touring or writing since 2009 and that’s how we like it!

Yeah, if you really like it – why stop, right?

- To be honest; we get to travel around the world in our jobs so it’s like a holiday in a way. The difference is that we do a lot of promotion as well. 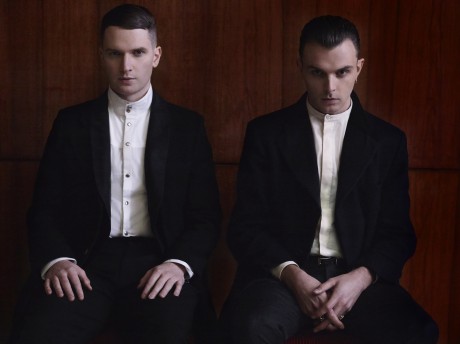 It’s been a while since the release of “Happiness” and even longer since “Wonderful Life”. Have all the touring and publicity during this time changed your perspectives in ways, personal and/or professional? And, if so, has it had any effect on how this new album sounds, compared to earlier releases?

- The name of the album really tells the tale of our lives. “Exile” sums up so many different things, like e.g. isolation, but it’s also a celebration to the fact that we sound like a band on the run. This also has an impact on our personal lives, of course. In the end you get used to being content and that you have to give yourself away to it.

So, are there any big differences regarding the actual songwriting and the production of the tunes this time?

- Yes, I think it’s a real step on from the first album. Back then the songs were mostly about love, the palette of sounds was quite soft and it all summed up our lives at the time really well. With this new one it’s the same but this time we’ve captured some other, more extreme, emotions. There’s aggression, sex and death… Also the scale of the music is much more ambitious so I’d say that it’s definitely an evolution from the first record.

The songs on “Exile” and several on “Happiness” were recorded at Pellerin studios here in Gothenburg. Was Jonas Quant involved this time too or did you produce the album yourselves?

- We did most of it ourselves back in Manchester but in the last phase we went to Gothenburg and worked with Jonas who’s a pure genius. I think we were starting to lose our minds a little bit when it was only the two of us, me and Theo. Jonas seems to bring a certain Swedish pop magic to the tunes. He changed what we had turned into an industrial album into a radio one.

So your demos were more industrial then, interesting!

Speaking about industrial compared to pop music. My impression is that you are a pop act but at the same time also manage to have an alternative aura surrounding yourselves. Am I right?

- I think that is what makes our band what it is and it really depends on whose ears you are listening through. Some people think we’re this ultra super pop act. You know; clean, well-dressed boys who make pop music. Then there are other fans who see the world that we put around us and the depth of the music. There are two different sides of us and I think it’s clear on this album and that’s what gives the music this depth.

- A lot of time! We write songs quickly, that’s not the problem. The time consuming part is to create the world around the song; choosing the right tempo, the right key and the right sounds. And this process takes a long time and that is why the album sounds like it does.

Which synth are you?

You’ve done quite a bit of recording in Gothenburg but never played here. Did we manage to scare you off?

- We’d love to play in Gothenburg! We spent last September-November while working on “Exile” there and went there for the first album as well. Gothenburg contains a lot of history for us because of this, in many ways as much as Manchester. The reason for us never playing there is just that there’s never been any opportunity for it, to fit it in. We’d certainly love to try and play the festival this summer. That would be like a sort of homecoming!

So, time for a final tech geek question; If Hurts were a synth, would you be an old analogue one or an ultramodern piece with all the gadgets?

- That’s a really great question! We’d be this Russian synth called the Polivoks that we used on a song called “The Road”.

- The sound at the very end of this track, the one that sounds like a dinosaur: That’s the Polivoks. We found it in this studio in Hamburg but it didn’t work properly. It kept breaking all the time but for five minutes we got it to work and it made a sound like no other sound. So, that’s why I think we’d be a Polivoks.

I guess you just handed me the very headline for this interview there; “We’d love to be a Polivoks”. Thanks for the chat!