Elektron – from the inSIDe

Gothenburg based synthesizer manufacturer Elektron popped up in 1998 with the release of the Sidstation. Elektron have quite a few Release related artist among their users, e.g.; Nine Inch Nails, M83, The Knife, Skinny Puppy, Hot Chip, Orbital, Jean Michel Jarre, Autechre, New Order, Chemical Brothers and Air. Things have certainly developed from being a C64 cult item. Today this company have a range of different electronic instruments.

Elektron was founded during the second half of the nineties when 2 students at Chalmers University of Technology made a prototype of a synth based on MOS6581 – the sound chip of the legendary Commodore computers from the eighties. The box was called Sidstation (SID = Sound Interface Device) and quickly gained a global cult status. Things soon evolved from being a school project into a real business under the Elektron brand. The Sidstation, however, was taken off the production line after a couple of years. The reason was not that the demand had decreased – quite the contrary. There was unfortunately no more SID chips left to build synths from. Still; this was not the end of Elektron since they’ve consistently continued their mission to create electronic music instruments. Their latest creation was announced on a the “Night of Machines” event in Berlin; the Analog Keys – a keyboard rendition of the Analog Four machine.

Despite the fact that the Release Magazine editorial office is also Gothenburg based we’ve never sat down and had a chat with the people at Elektron – until now. 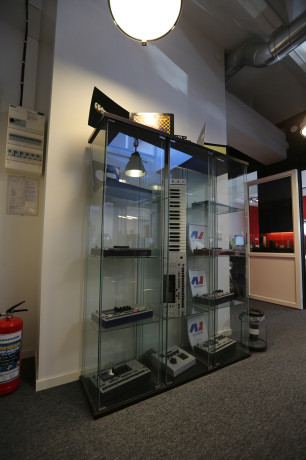 The Elektron offices are located near by the Älvsborg bridge, a panorama that is the very standard in any tourist guide for the city. Jon Mårtensson meets us (Peter Marchione & Fredrik Svensson) at the entrance and explains that we won’t be allowed to stroll around all the areas. There is a product development department where no unauthorized people may enter. We are still welcome to see the other rooms, including the stock where every single unit is tested before dispatch. We find our way to their lounge and have a seat in a sofa that, of course, is decorated with analogue synth cushions from Analog Sweden. 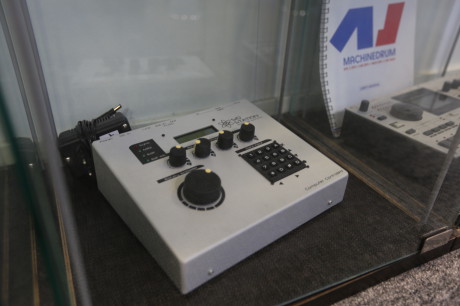 How would you explain the quick success that you had with the Sidstation?

- A lot of it was because of the web since it was primarily via this forum it was marketed. We reached people all the way to Japan.

So what if you would have released it 10 years later, would this hype have been possible at all then?

- No, it would have been totally impossible. When we started out there weren’t any of all these DIY kits available that are pretty common nowadays. If you are into the SID scene today there are so many different things to choose from and we would only have been one out of many others if we’d hadn’t been that early. We were rather unique back then but soon after the whole scene exploded.

I feel that there’s a main thread in all your products. What’s your philosophy regarding that matter?

- Both Machinedrum and Monomachine established a kind of paradigm when it comes to the way the user interacts with the instruments. This paradigm is now a part of all our products. The Machinedrum and Monomachine were our pioneering products regarding basic functionality. Of course, our instruments are all different regarding what kind of sounds they produce and what is actually going on behind the surface. If you compare e.g. Octatrack and Analog Four; the first one is a sampler and the latter is an analog synth. Despite this fundamental difference in the actual sound generating part of each instrument they still have a lot in common when it comes to how they are manouvered by the musician. This philosophy is a work that we continue to improve but the basic idea is always there in the background. 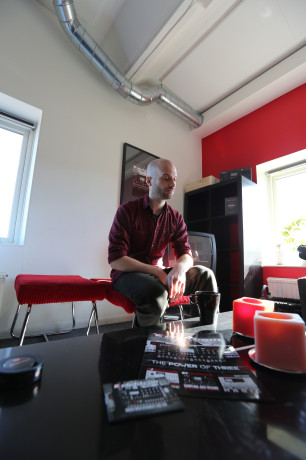 How would you describe the past, the present and the future?

- The past for me personally is when I joined the team, about 8 years ago. Back then there were only 3 of us and everything moved much more slowly. This was because of the fact that we were so few and all of us had to do so many different things, not being able to focus on one specific task. The present is that we are now quite a few employees and that we’ve also started up offices in Tokyo and Los Angeles, dealing with sales and support for their markets. Before we had to handle this from Gothenburg and if you take time differences into account this led to customers sometimes having to wait, say, 9 hours for an answer… Now, with more people involved, everyone can be more specific and focus on their skills. This means a billion unanswered emails no longer pile up back at the office. Being much more organized now than a decade ago also makes it easier for us too look ahead instead of putting out fires all the time.

It feels like hardware is coming back strongly after a decade of software mania. Do you agree?

- I certainly do! Not only when it comes to pure sales but also how people perceive the creative process now. There is almost a resistance movement towards only using a laptop on stage and because of this Native Instruments and Ableton, among others, are releasing hardware controllers for their software. Maschine and Push are both control surfaces and instruments in their own rights. I think people have come to the conclusion that the actual physical part of a knob or fader is something that cannot be emulated on a screen. This “real” interaction also has an effect on your workflow. Using your hands, twisting knobs and patching stuff triggers something else than clicking around with your mouse. The whole process becomes far more intuitive. I believe that lots of people have noticed that it is more fun to use hardware in the end.

Well, if you’d like to shock the world you could always release software now. Wouldn’t that be a very punk thing to do?

- We’ve never thought about developing any pure software solution and we’ve got a certain niche covered with our Elektron machines. People are fully aware of what they are buying when they order an Octrarack, Machinedrum or an Analog Four. They get dedicated hardware which works in a certain manner and also is optimized for live use. This is our focus but then again – nobody knows what will happen with the scene in 5 years. We cannot isolate ourselves from the rest of the world, and consistently need make sure that our products are connectable to the other tools in the studio. 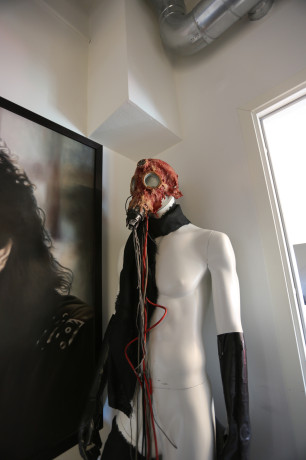 How do you come up with new ideas, do you sit down and brainstorm or do you communicate with your end users in some way during this process?

- We never approach our users with a specific question like “what would you want us to produce?”. We have our internal meetings and keep an eye on the market in order to discover areas where we feel something missing. The development of a new product costs a fortune and we cannot afford re-inventing wheels.

You recently announced a keyboard version of the Analog Four; Analog Keys. Is this a spin off product or did you plan this version already when prototyping the Analog Four?

- Analog Keys was not planned from the beginning but it still was no ad hoc creation. It was an idea among many. 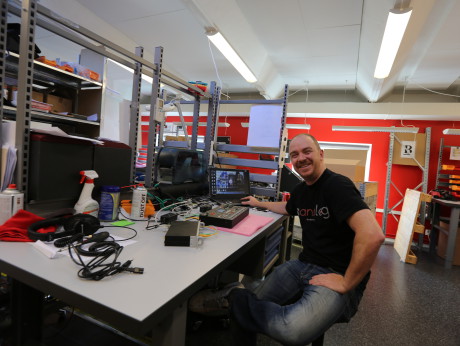 Being a keyboard player myself I find it very exciting that Sweden is the home of 2 top synthesizer brands: Elektron and Clavia. How do you think it is possible for such a small country to achieve this?

- I’ve given this fact quite some thought myself! I think this the result of inspiration. Once someone succeeds others gain confidence and joins in. Like “Wow, if Propellerheads, Toontrack, Claiva, Softube and Elektron can do it – so can we!”

OK, to sum things up here: Is the digital vs. analog debate over? From my point of view people seem to be more open minded nowadays… Is the analog puritanism buried?

- I think so, generally speaking it is no longer a question about the components generating the sounds. The important thing is the type of sounds that are being generated and sent to the output bus on the machine. Being able to tweak the products and to create things easily have become more important. Presenting something today that is hard to program yourself, like e.g. the Yamaha DX7, would be very hard. I think combining the analog and the digital worlds offers interesting possibilities. 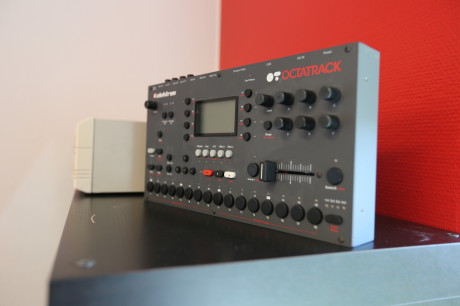 From the Sidstation to Analog Keys