Posted In Live Reviews and Photos by Johan Carlsson

Electronic Summer is a new indoor festival at the multi venue in Gothenburg, organized by Depeche Mode Party Gothenburg and PK Musik. The former consists of two seasoned people in the electronic scene – Henrik Wittgren and Sebastian Hess – and together they managed to run a very successful event, with a synthpop slant. After a draught of big events in the synth genre here in Sweden there seemed to be an unmet need in people that they could satisfy, and it was very close to sold out. Lots of familiar faces came out for this, and there have been an unanimous praise of the festival afterwards.

The overall theme for the festival was Depeche Mode, which manifested itself in many ways. There was always a DM dance floor open, and on day one there was also a huge Depeche Mode exhibition hosted by Release’s own Fredrik “Schlatta” Svensson with his own extraordinary collection. You could take a tricky Depeche Mode quiz, and single people could date other single Depeche fans in the specially ordained “The Singles” room. The festival had some other tricks up its sleeve too. For example, there was an after work food buffet early in the evening, free for all.  Or you you could try the Depeche flavoured drinks in the bar. All in all, some much needed creativity was thrown in that made this event just a bit more interesting than most other festivals.

My evening started with Australian duo Parralox, that played a set on the smaller “Oberkorn” stage. This stage had some sound problems throughout the festival, in my opinion. The volume was usually much too loud, distorting the music, while the vocals were too low most of the time. Anyway, Parralox know how to produce a catchy tune, but the vocals sounded out of tune and the performance was a bit stiff. 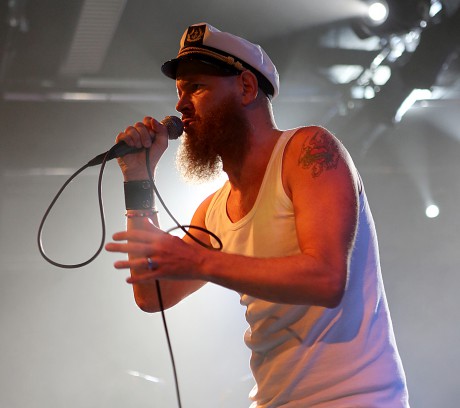 They were followed by local stars Universal Poplab (pic) on the main “Large Amounts” stage, and their fun rubbed off on the audience creating a very enjoyable experience. Complete with huge beards and fine synthpop they really got a party going. Great stuff, and for one song the singer Christer Lundberg jumped out into the audience to experience the gig from “the other side”. 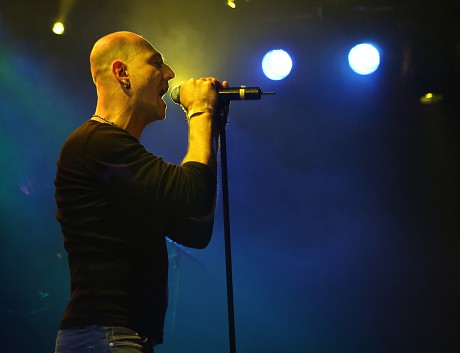 The evening closed with German giants De/Vision (pic), armed with “Rockets & Swords” (their new album). It’s a band that can create quality music on record, but they’re usually not that fun to watch live. This time was not any different really, and they could take some pointers from Universal Poplab and have a bit of fun instead of creating a drab, grey atmosphere with their midtempo synthpop. That said, it got going after a while, and towards the end the crowd was into it and sang along. 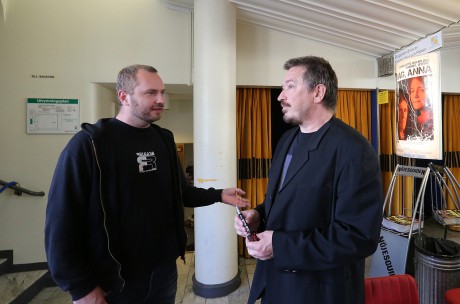 Day 2 actually started with a world premiere. Alan Wilder from Depeche Mode and Recoil was in town to showcase his newly released Recoil live Bluray, filmed in Budapest, Hungary. The organizers had booked Cinema Roy in town to show it, and Alan was there to introduce it (he also greeted everyone personally upon arrival) and to answer a few questions from the audience. Said questions were mostly about the Recoil tour, and we quickly got started on the concert movie itself. Presented with excellent sound and picture, it’s a great capture of the Recoil live experience. Afterwards Alan signed stuff and chatted with the audience. Nice fella indeed, and he even came along to the festival as well to answer even more questions about Depeche Mode, music production and more. No hints about Alan coming back to Depeche though. 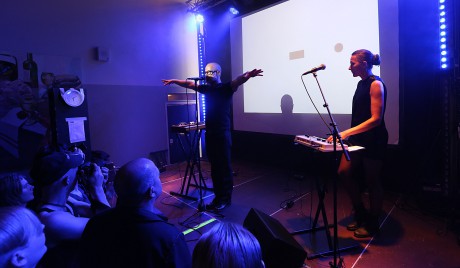 After a delicious buffet the second day started proper with the analogue synthpop goodness that is Page (pic), playing a great and fun set on the small stage. Their music obviously resonates with the audience who sang along and clapped their hands like mad men. 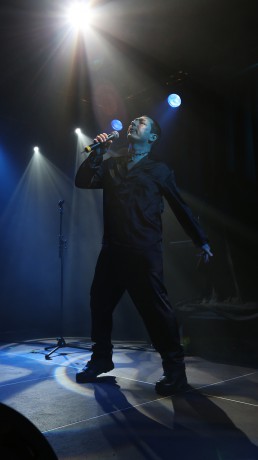 The next highlight for me was Psyche (pic), as I haven’t really listened to much of their stuff through the years. For some reason. It turns out that they’re pretty brilliant! Darrin Huss has an awesome voice and the nostalgic set proved that Psyche has a lot of awesome songs as well. I think they gained a many new fans during the show. 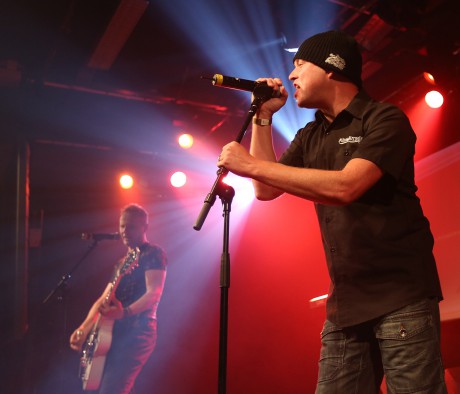 After some quirky sounds from Norwegian electropop/techno project Servoskudd, people gathered in droves for the evening’s main act Mesh (pic). They had a bonus keyboard player and drummer live, as well as some huge plasma and projector screens for their backdrop. The crowd really was into it, and since they have so many hit songs, the frenzy continued. 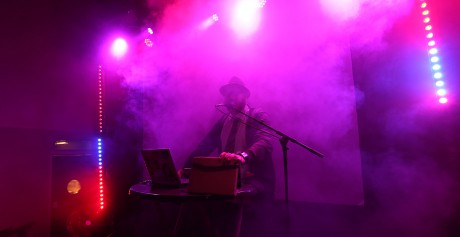 The craze went on even into the next act on the overly loud smaller stage, where Digidroid (pic) came on, looking decidedly non-industrial behind his gadgets. Bringing us catchy electro and hi-energy italo disco (and even a Laserdance cover) people went nuts and danced like maniacs.

After two long eventful days Melotron had the tough job of closing the event in front of a tired crowd. And they managed somewhat poorly, focusing on unknown songs and possibly some new ones that I didn’t recognize. People were a bit sceptical, and so was I. And I usually love them! Anyway, as this amazing festival and weekend came to a close we could all look back on all the good bands and friends we’ve met. Great times indeed. I’m looking forward to next iteration, whenever it may be.

All photos by: Fredrik “Schlatta” Svensson