Cevin Key has a lot of different projects, but the biggest ones are probably Skinny Puppy and Download. The latter has finally finished a new album, due out next year.

These days, Download consists of Cevin and Phil Western, and they’ve been working on “Unknown Room” on and off for a couple of years now. It all culminated in an intense two month studio session this fall, and according to the press release they “dived deep for this release, continuing a love for the magic of synthesizers, coupled with an interest in mining the sounds of the past to create something new”. Sounds intriguing.

It will be released by Artoffact in a whole bunch of different editions, including some cool fan packages that include the album on white vinyl, a “Download coin”, a flexi vinyl with a bonus track called “Shikuro”, a Download pin. A t-shirt is included with another fan package. Well, just check it out yourself at the band’s Bandcamp. 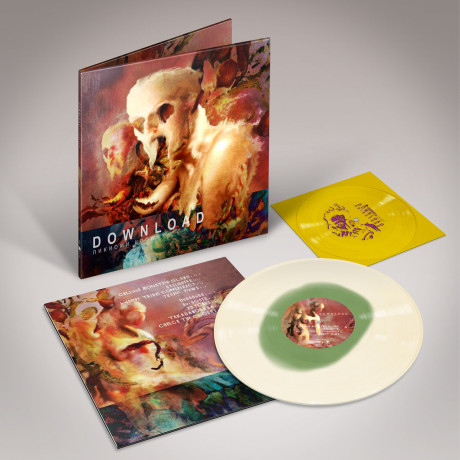