Swedish musician, producer, mixer and programmer Christoffer Berg, 31, had already made a name for himself on the electronic music scene because of his involvement with The Knife and Fever Ray. The rumour about his skills finally reached the Depeche Mode management and, all of a sudden, Daniel Miller was on the phone… Peter Marchione talked to Mr Berg in Gothenburg – his and Release’s hometown – and Fredrik “Schlatta” Svensson took some photos in Svenska Grammofonstudion. 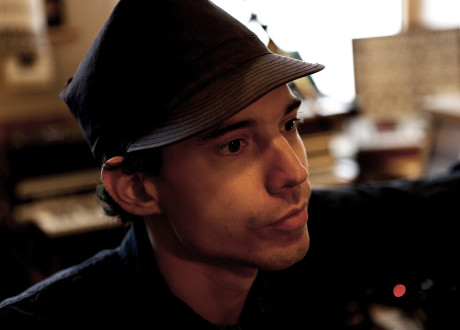 During the past year Christoffer Berg was hired full time to manage the programming on the latest Depeche Mode full length release “Delta Machine”. A massive production that took place in two different cities, one on each coast in the US where Martin Gore and David Gahan reside these days: Santa Barbara and New York.

When searching for information regarding Berg’s background you may find him rather anonymous. Apart from his own projects, Hird, and the Dreijer connection there is not a lot to find. So, how did this all start; did he just pop up out of nowhere?

– My parents were both professional musicians. My mother was a member of a female musical collective and my father was a producer with his own label, releasing children´s music among other things. He also recorded radio children’s programs for Swedish national radio.

So, music was a part of your life from the very beginning?

– It sure was. When I grew up I got to hang around with lots of different musicians and I myself started playing the drums at the age of 6. I then played in different big bands and later on, during high school, I had a lot of own bands. During this period I also worked semi-professionally as an assistant for other engineers and producers. What I learned most from was assisting at mobile recording sessions of classical music. I used to set up microphones at large events around the Gothenburg area.

This is pretty far from electronic music. How did synths, sequencers etc. become your thing?

– I was into electronic music already during my high school days. My father bought me one of the first Macs that were able to record multitrack audio and we also had a PC with a soundcard that allowed onboard RAM sampling. I could then use the computer pretty much like a sampler and started programming songs. Later on I got a Kurzweil K2500 sampler. Back in those days the standard kit was an Atari computer, a sync box, a couple of hardware synths and a mixer… and some rack effect unit, if you were lucky. However, soon after I got the Kurzweil sampler, Swedish software developers Propellerhead released their first version of their Reason software. I then understood that things were going to change and that software synths were the future. 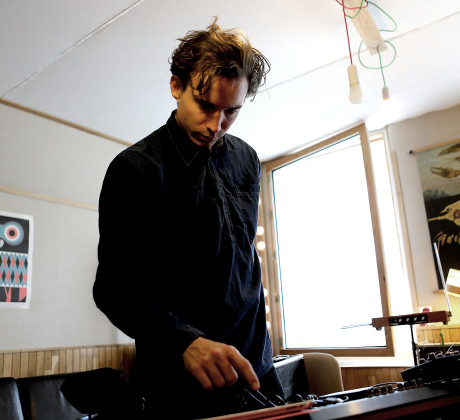 Martin and the machines

– Yes, it was a lot of CV stuff involved and I learnt a lot from this way of working. Working on “Delta Machine” taught me how to use old, analog equipment in a modern workflow.

Speaking of Depeche Mode, how do they work these days? You were hired to do the programming and this makes me wonder: how involved are the band members in the nerdy synth stuff too or are they more focused on the overall result?

– Martin, who is now sober, is probably more into this part of the production than ever. As you may know, he is also a devoted collector of vintage synthesizers. The fun part is that he, unlike most collectors, actually use every single machine. He always has some piece of equipment with him and always brings a guitar to his hotel room. 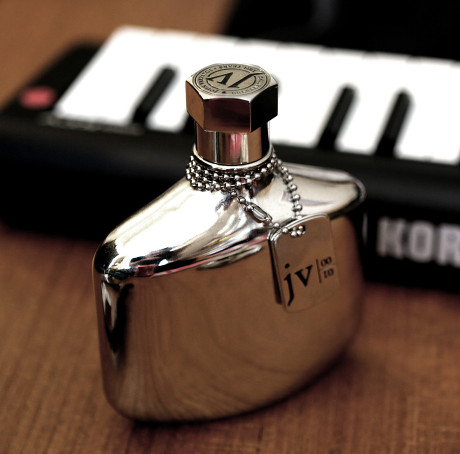 What about nervousness, how do you handle the fact that you are working in situations where you have people like Depeche Mode or the Dreijers watching behind your back? Is it ever hard to stay focused on the actual task?

– With Karin and Olof it was a bit different since they were friends of mine. They were my first clients in this field and the more I work with others, the more respectful towards them I become.

Did you establish any workflow while working with them that you’ve come to use regularly?

– During the mixing of “Deep Cuts” I noticed that I have a very successful way of approaching other peoples material and that is something I try to keep. In the end it’s a kind of loving disrespect. Still, I was nervous to meet Martin and Dave, but it took only about half an hour before that passed. From then on it was all fun, really.

How do big artists like them or Seal, just to mention a more recent project, approach you? I read that there were a lot of indirect circumstances involved that led to the Depeche Mode gig. Is it correct that Daniel Miller and the management hired you before you’d even met the band members?

– Yes, when I met them the contracts were already signed!

Oh, how scary; what if the band would have turned out to be impossible?

– Ha ha, that could have been scary. Seriously, when working within huge productions there are lots of people involved and it all comes down to social skills in the end. No matter how good you are at what you do; if you lack the ability to communicate it won’t work. You have to be able see people for who they actually are. 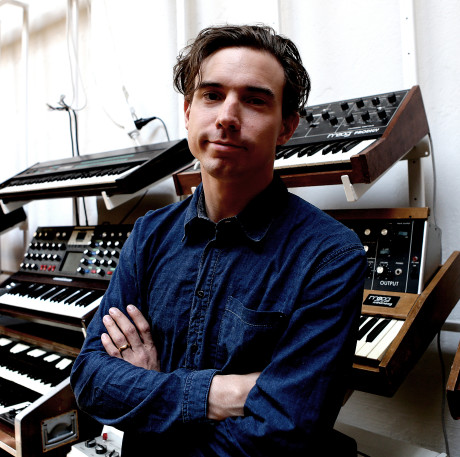 Once you got started, how was the typical working day? Were you working 9-5 or was it the rock’n’roll “late night/early morning” routine?

– Working hours were dictated by the producer, Ben Hillier, both during the New York and the Santa Barbara sessions. It was all very disciplined; we worked very intensively during the sessions but when we had time off we were totally off duty – nothing in between. This was a well-functioning combination and we had a lot of fun while working. Maybe this was the reason why Martin this time came in earlier in the mornings and stayed later in the evenings than on previous recordings. Since he was sober he also stayed awake.

– Yeah, and I told them that on a daily basis! After all the stories I’ve heard about the past it is hard to imagine how they could possibly function as a band.

While there were no drinking or substance abuse and no members falling asleep over the mixing desk there still must be some anecdotes that you can share with us? Were there any happy mistakes during the programming or the recording that made it to the final album?

– There are probably happy mistakes on every single track on “Delta Machine”. A nice incident was when we were using a modified Macbetch M5N synth. This machine was originally for the US market with a transformator for 110V but later on sold to Europe where they changed it to a 220V one. Then Martin brought the machine over the Atlantic without knowing that the label on the back now was wrong. We plugged it into the 110V socket in the studio without realising that the synth now wanted more current. It worked OK, all the MIDI stuff behaved correctly but it didn’t have enough power to produce the sounds right. We got some very strange and interesting sounds out of this little mishap. Also, since Martin has lot of old analogue gear there was quite some time spent on getting old non-MIDI, CV controlled stuff to communicate with each other.

You weren’t involved on the latest The Knife album in any way?

– No, there was no way I could mix their album while working on the Depeche Mode one. Still, me and Olof phone each other on a regular basis, talking geek stuff like synth modules.

So, before we have to end this nice chat; where are you heading now, professionally? The obvious next step would be Kraftwerk, right? Did Ralf call you yet?

– Ha ha, I’ve been joking about that actually! To become a full member of Kraftwerk would be a nice next level, wouldn’t it? Joking aside; my biggest challenge now is to write my own songs. You know, songs that makes you want to dance, smile and cry at the same time. Writing songs is always the primary long term goal.

I see! Are there new Hird releases coming up?

– I have a new house/techno project, Mountain Range, that will be out on Aniara Recordings soon. I also have about 100 rough song ideas to work with.

That’s impressive. Are they all songs and not only 4 bar loops that won’t become anything?

– When I am in the process of writing songs I have to lower the standards regarding production and the choice of sounds in order to get some writing done. Out of these 100 ideas hopefully there are some good ones. I then have to evaluate if I am good enough and if it is worth going on.

So, you mean that you have to allow yourself to write a bunch of crappy tunes in order to be able to write some really good ones?