Klayton in Celldweller has been speeding up his output lately. It took him almost 10 years to finish his second album, but now he’s already back with new material in the form of a sci-fi novel called “Blackstar Act One: Purified”, and an accompanying soundtrack.

Well, strictly speaking the novel is written by Joshua Viola, but Klayton has created the soundtrack. “Blackstar Act One: Purified” continues the themes Klayton brought forward on last year’s “Wish upon a Blackstar” about a post-apocalyptic earth. It’s a 3-part story, and Klayton will create a separate soundtrack for each chapter. It’s more cinematic than usual, but it’s recognizable as Celldweller.

The soundtrack as well as the novel is out now, and there’s more info at www.blackstarnovel.com, for example a sample chapter. 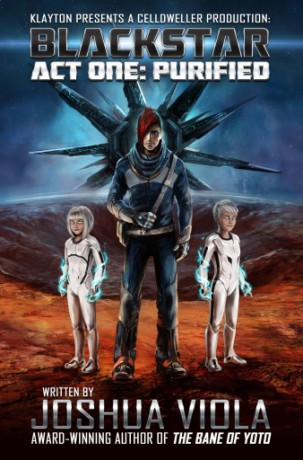