Posted In Interviews,Slider by Mike Whyte

Carbon Based Lifeforms are a really experienced duo of Swedish ambient music producers. The pair, Johannes Hedberg and Daniel Segerstad, have been making music together since 1996, and recently released their latest studio album “Derelicts” on the Finnish label Blood Music, known for their extreme metal. Mike Whyte talked to the duo about the story behind the album, influences, and threw in a couple of cheeky questions along the way. 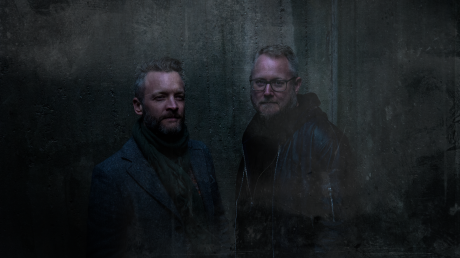 After our initial greetings, and some Friday 13th technical hiccups, we got down to the issue of the album. I started by asking them about the influences for the new release.

- Lots and lots of time I think… or hard work! One thing we agreed on in the beginning was we wanted to capture the essence of the first three albums, like the debut ”Hydroponic Garden”. We used a lot of tweaking on the effects and it was sort of psychadelic in a sense. The initial thematic idea was about old forests, ghosts and goblins. But when we write music, tracks tend to get a life of their own.

I know you’re a fan of found sounds, with a coupling of nature and technology. So how do you go about collecting these?

- I think it’s a matter of listening to your environment, wherever that might be. And if you find a nice sound or with a nice body to it, or a rhythm – start the memo there, go record it. Luckily field recordings with your phone have a good quality these days, because we don’t really walk around with a field recorder. Not on a daily basis anyway. We used to actually, but we lost it in the Ukraine – for real – I believe it was a Yamaha. So, yeah, sort of in the moment thing, listening to the environment, all the time you can just pick up something.

Do you have any particular favourite places you like to collect the sounds from, or really just on your travels?

- I would say on our travels, for the most part. Even though the sounds of the Swedish forest are really nice, so that’s something you can always do. 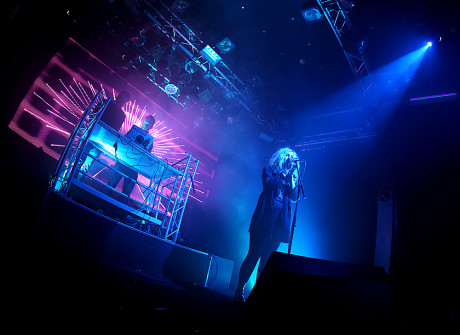 Do you also do the same process when you’re outside of Sweden?

- Yeah, yeah for sure. Actually we went to your hometown London. A couple of years ago we were at the Kensington Gardens and we heard this big piano. We couldn’t see it, we just heard it and started recording it. It’s in the track “Kensington Gardens” on the fourth album “Twentythree”.

I know that you’ve also played at one of my previous favourite venues in Camden, the amazing Inspiral Lounge.

So, is there a chance that you will be coming to play in London, maybe touring the album?

- There’s nothing planned at the moment, but we would love to. If you have any connections…? We’re doing Sweden, Finland and Belgium. But we don’t have like a set tour, it’s more a series of one-off gigs. We’re not really the touring kind of band. We have day jobs and children. And we’re going to Russia in February, we’re going to play the Planetarium of Moscow and St Petersburg. And there’s talks about going to Israel, we’ll see what happens. 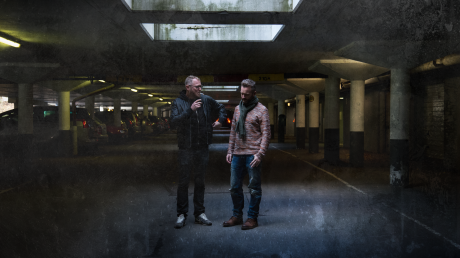 There are really lovely ambient tracks on the new album, like the title track “Derelicts”, “Clouds” and “Equalibrium”. There’s so much atmosphere that builds up in the tracks, and some of them are almost euphoric. How do you go about creating a track of such a type?

- First it’s a matter of like, going back to the tracks a lot so we make a small embryo of a track, then it sits on the computer a while, then we add or try out some ideas, then that’s it for the night. Then we work on another track, and then go back, and so on this album we’ve done that like a million times. It’s a matter of adding details, trying a lot of different approaches. So it could start out as a complete drone track and end up as a dance track. It depends what mood we are in and we pay a lot of attention to details. When we were 23 we didn’t do that enough, we were just concentrating on “there has to be something going on all of the time”, also not adding too much… there were cases when we just deleted stuff and replaced with other stuff.

- That depends on the ideas we try out. When we made “Supersede” on the album “Interloper” it was a complete drone track from the beginning, and we felt that there was some drama in there so it didn’t lend itself to being a drone track, it needed some more energy. It’s usually like a relationship between melodies and the bassline and if it’s the right kind of energy we try add some drums and see what happens. It’s just really Johannes. Who is like ”It’s not really finished”. I can be like “it’s done, it’s really good”, and that’s it. But you can do more; our dynamic is that one of us has an idea, we both like it and we go with it. One has creative angst and the other one is “Oh it’s finished, it’s OK”. We kind of push each other and pull each other back at the same time, it’s a good collaboration. 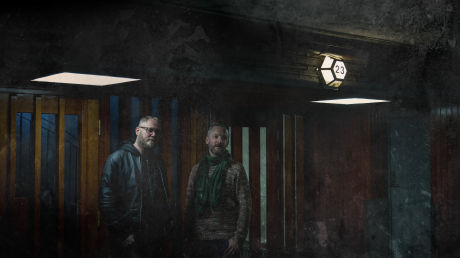 I remember reading in your bio you have known each other since 15, and so have been playing together over 20 years. I distinctly remember reading “…working happily together”, is it a very harmonious relationship, and how do you keep it going after 20 years?

- We don’t do it as much as other people. We meet up almost every Tuesday night to produce or go to the pub. So we don’t meet up and work hard in the studio day after day after day. We still have it more as a hobby, I think that is one reason why it works still, and we’re good friends obviously.

When you are working together do you often agree, or are there times when you are playing something and the other person isn’t sure about it?

- All the time. I think we work with the consensus approach. We try to explain what we mean. He doesn’t see what I see, I show him and vice versa, so we usually end up agreeing. At the outset we start off with disagreements but it’s up to you to prove your idea basically, and we always end up agreeing either way. That’s good quality control!

I listened to the track of yours, “Path of Least Resistence”, and it had a quality of the band the Orb. Are there any other UK electronic artists you site as influences or even just like?

- Underworld are British aren’t they? Boards of Canada of course, they’re an influence as well. There’s a lot of good stuff from the UK. We used to listen a lot to Orbital, Future Sound of London and The Prodigy… yes we were really into the Prodigy!

- Right now I’m really into Tycho, an American guy. He’s like Boards of Canada but with more guitars and he’s really good.

Last question – are you still making new music now, and is there chance of more music coming out in the future?

- Yeah, of course! We’re on vacation at the moment, and also doing side project stuff. And I’m thinking over my set-up, so I’m looking into what I can sell from the studio that I don’t use as much. So now it’s more maintenance work at the moment.

As we said our goodbyes I was left thinking that Carbon Based Lifeforms are so thoroughly pleasant and seem so in tune with each other, it is no surprise they’ve been together since their teens. So here’s to another 20 years, guys!