It seems strange to say this, but believe me, it seems even weirder actually being here – yet here I sit in a chalet in the middle of Butlins in a small town called Minehead, recovering from an epic festival of electronic music called Bloc. It feels so much like deja vu that I could almost believe the last few years never happened. Let me guide you back through the return of Bloc to the festival stage.

Not so much an easing into things, more like a plunge headfirst into the action, I headed straight for the Red stage and the Hessle DJ:s, which consisted of Ben UFO, Pearson Sound and Pangaea. The sound was crisp and tight, and shapes were already being pulled by the up-for-it crowd. I stayed for a while, as long as I could actually, before taking a trip to see ESG strut their collective stuff live on the Centre stage.

Following this it was a dash over to FACT for Midland b2b Joy Orbison, which was a really multi-faceted psychedelic trip through techno, before heading back to big hitters on the Centre stage. Hudson Mohawk challenged as well as pleased the crowd by mixing up bangers with gentle piano interludes, own tracks with hip hop classics – a great set from a talented artist. 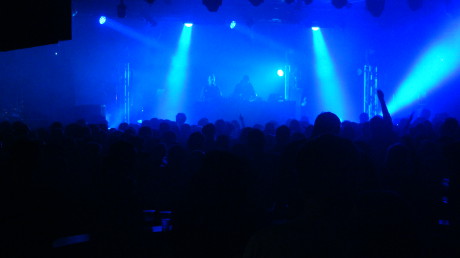 Modeselektor (pic) followed, keeping to a minimal techno blueprint which was lapped up by the crowd. Last call for the evening was Silicon Scally on the Jak stage, who provided some real acid tweaking to finish an accomplished night’s entertainment for me.

After a little playing around on the arcade machines (well after all it is the famous holiday resort Butlins), it was time for some more music – and one of my favourites kicked everything off – Egyptian Lover. A not-quite-awake-yet crowd were prompted into action by the awesome sounds of the live 808, and the dancing to which this artist is rightfully known. 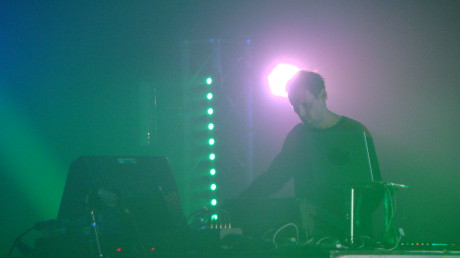 Next up, Clark (pic) on the centre stage provided some of the more rave-oriented sounds he has progressed on to in recent work, and it paid off with the crowd. Before Jon Hopkins’ awesome set, a highlight of the weekend, came one of the moments I love festivals for. Trawling around the stages to listen to something new I came across DJ Funk – and I was so glad I did. A high energy set and exceptional crowd skills, the place was pumping as Funk dropped his last track and humbly thanked the crowd. 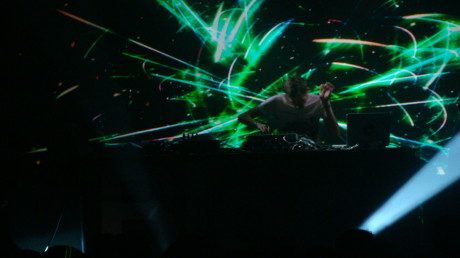 So, Hopkins followed by Autechre – both exceptional in their own ways, and quite an interesting contrast. For Jon Hopkins (pic), a full light show, video screens, the works. For Autechre darkness. Hopkins sound was warm and human, Autechre based around the cold clang of the machine. Both great, both very different. I left for my chalet to the sounds of Jeff Mills, my head full of thoughts about what I’d heard this night.

Sunday for many is a day of rest, a day to collect your thoughts and prepare for the week ahead. At Bloc, it’s all about German techno, acid house and drum’n'bass!

Acid house was my starter, with a great set by Ed DMX, reliable as ever with the selections. Doc Scott started off my d’n'b experience, with bangers from across his career bringing the room to their feet and their hands in the air. 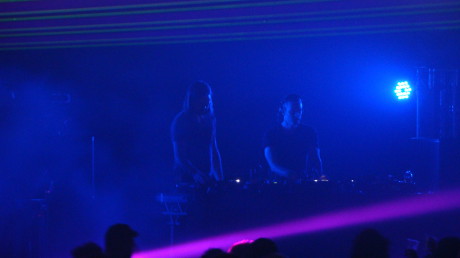 Before camping out in the I Love Acid room I decided to take in a bit of the centre stage, so witnessing Answer Code Request, and Ben Klock b2b Marcel Dettmann (pic). A good choice too, as Klock and Dettmann went industrial beats on the crowd – very Berghain-like.

So back to the Acid room and DJ Pierre, playing classic after classic, the atmosphere the best I have witnessed at a Bloc party yet. A great effort by many of the crowd to come in fancy dress too, with crazy dancing orchestrated by the sounds of the DJ. This reminded me of what it is all about and it was the set of the weekend. 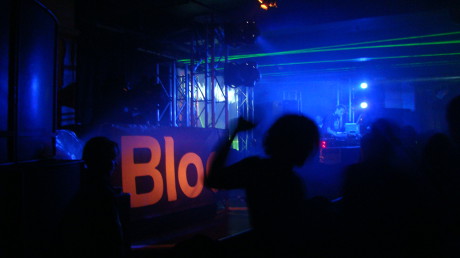 Luke Vibert (pic) finished things off for me before I headed back into the night, though maybe just one more go on the arcades…

So, Bloc back at Butlins, in my view, back were it belongs. It’s been great to do it all again, and I genuinely had been sad that I may never see a Bloc here again. As you know, since those days I have followed Bloc closely, and its great to see the circle re-complete. I think we now have an older, wiser, stronger Bloc on our hands, yet one that still quite clearly loves the music we love, also one that can put on a great festival, and for that we should all be thankful.

Bloody good to have you back!