The Swedish synthpop, industrial and alternative electronic label Progress Productions has been around for 10 years now. It’s grown into what must be the biggest Scandinavian label for these genres and most of the output with artists such as Necro Facility, Henric de la Cour, Kite and Spark has received high praise from both the record buyers and the music press such as Release. Progress has stayed true to its objectives and remained on its path for all this years, so we caught up with founder and label boss Torny Gottberg to commemorate the anniversary.

From Energy to Progress

We’ll start from the beginning. Why did you start Progress Productions?

- It was as a sort of reaction against what I thought so many labels did in Sweden back then. They just signed “safe bets” and only licensed already established bands. I thought the label I was working on at the time – Energy Rekords –  had lost its focus and and it seemed they weren’t willing to give new, hungry bands a chance. Everything had to be big like Skinny Puppy or Front Line Assembly. I thought this was insanely boring, and I’ve always liked to be the underdog and to build things from the ground up for the long term. Furthermore I thought most labels were just trying to scam their artists.

- I wanted a label where the artists and label could grow together. No artist would be “bigger” than any other, all artists deserving full attention for each release. Things I still think are very important. This is why we haven’t started licensing bigger bands in Scandinavia. We’ve tried, but I’d rather sign something that no one has heard about, and build from there.

When Torny quit Energy Rekords the idea to start up his own business came pretty naturally. His original idea was to have just 3-4 bands, but as we now know this changed pretty fast. 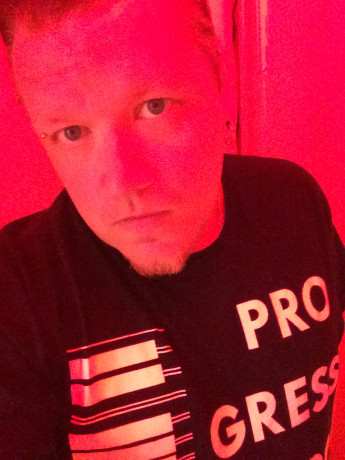 Who were involved at the time?

- Well, that’s a bit hard to say since I think of Progress as a cooperation between the bands and the label. But sure, I was the only one running it from the beginning, but it was always in close contact with the bands. The first bands were 8kHz Mono, Hype, Mr Jones Machine and Kopfer Kat, and they were a big part in getting things rolling. But when it came to signing distribution deals and so on, sure that was me. But I still ask the bands what they think. I think it’s good if they’re as involved as possible.

These days there’s a slightly bigger organisation, but not by much. Krister Hessling from 8kHz Mono is now part of the label, and we get a lot of help from people such as Patrik Lindström who takes of the web page. Magnus Eklund is another friend who has helped out a lot with band photos and so on.

Today you’re working on Progress outside of your day job at Phonofile. Do you think you will be able to focus on Progress full time in the future?

- No, I don’t think so. And it’s not even a goal anymore. I love my job. 8-9 years ago I played with the idea of working full time with Progress, but I don’t think people realize how much work it is. I’ve never taken out any salary from Progress, everything has just rolled back in to the company. But I put down an incredible amount of free time, it’s not just a hobby project. Everything is taken care of seriously, even though you have to remember to have fun too! Music is the best thing I know, but the question is if it would have been too much to do it full time. It might have became “just a job” after a while. Perhaps not, but I think it would have been easier to turn into one of those labels I talked about earlier. 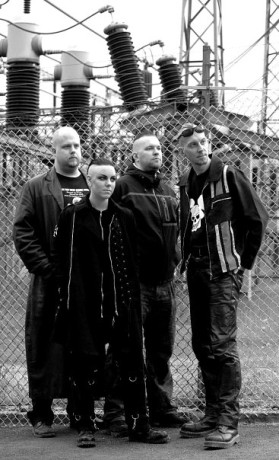 The first band to get released on Progress Productions: 8Khz Mono, with Krister Hessling to the right.

You’ve always had a very family-like vibe at Progress. Will you be able to keep this if it gets any bigger?

- I think so. It’s one of the cornerstones of the label. Everybody’s helping each other out. It’s incredibly important for our survival I think, that all bands get along. We’re doing things like summer parties, winter parties, and well, events where we can meet, trade ideas… hang out basically.

The management and artists have a group on Facebook where they talk, give each other tips and so on. They let the others know if there is a bad promotor, for example. There seems to be a communal spirit, and even though there are a lot more artists on the label now, Progress has grown at a reasonable pace.

- When you reach a goal together, that feeling is hard to beat I’d say. There’s a kind of collective joy that can’t be bought for money.

Have you fulfilled your original goals for Progress?

- I’d say so. I think we’ve built upwards in a good tempo, keeping the label together and always considered the next release carefully. If we would ever close down the label we could look back and not regret any release we’ve done. The main plan was to help new bands, and I think we’ve done that. Sometimes it’s gone better, sometimes worse, but there’s no artist that I’ve neglected or worked less with.

What are you most proud of?

- That I started it in the first place. That every idea turned into reality. But there are so many other things, I feel proud very often! Maybe not so much about what I’ve done, but to see bands succeed. I can stand in the crowd at a sold out Kite concert at Debaser Medis in Stockholm and just be happy. When we started working with them the queues weren’t as long, but now they are. That makes me think that we did something right. Of course the bands make the music and I don’t. These are really the best bands and artists in the world! It sounds awfully cliché but that’s how I feel. I also get extremely happy when I receive e-mail and letters from people who really care and like what we release. It’s a great feeling and cannot really be put into words. 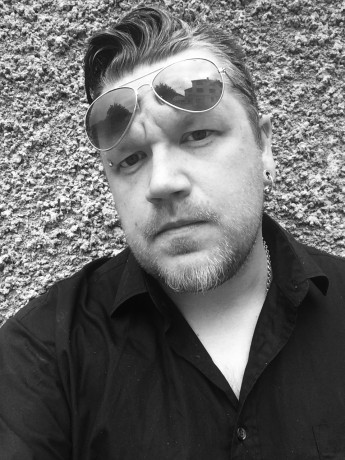 You’re probably the biggest label in our genre in Scandinavia today. How did that happen do you think?

- Probably because we’ve listened so much to the artists. We have never tried to make people do things they aren’t comfortable with. And we’ve always been very open with our artists. Also, that some things might have taken a bit of time, and we haven’t rushed things. It’s not about hanging out with the bands at the gig and drink their beer, it’s about standing at the merch table and work. Cooperation with other labels is also something I believe in. To keep doors open.

Lately your signings have strayed a bit from the typical “synth” genre. Was this a strategic move, or did it just happen?

- If you mean Kite, Henric de la Cour and Vanligt Folk they’re still electronic, it’s just that they have a wider audience. But genres don’t matter, the music does. I never signed anything because I thought it would “broaden” the label, it’s only because I love it. Like The Kingdom of Evol (progressive rock with Freddie Wadling, editors note), probably the most odd one on the label genre-wise. On the other hand Progress is an alternative label, and that’s a pretty broad statement.

The holy land of streaming

What do you think of the “scene” today?

- I sort of think the same about it today as always. There’s highs and lows. There seems to be less boring Suicide Commando clones now thankfully. Generally it seems that in Sweden there’s more focus on the music and less on image. You just have to look at the photos in a German scene magazine to become both sad and afraid. I think Swedish alternative music has a good reputation because the quality is high. However, Germany is still a country where you can sell a lot of records. Something that can’t be said about Sweden, the holy land of streaming.

- One thing we have in common with other countries unfortunately is the growth of the scene. There is none. Where are all the 15 year old synth fans? I have a feeling that it’s the same people going to gigs now as there were 15 years ago, which is sad.

- It’s going to be a very intense year for us. New albums from Xenturion Prime, Spark! and Daily Planet, plus new singles or EP:s by Henric de la Cour and Kite. Furthermore we’re releasing an album with the new Henrik Björkk (of Pouppée Fabrikk fame) project Angst, as well as an album with a our brand new EBM signing Wulfband. There will be a 10 year anniversary album from the label, and a DVD with the documentary about Henric de la Cour. It’s full speed ahead, and then some. 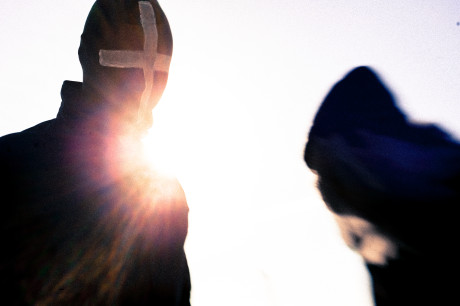 What do you think the label will look like in 10 years?

- It’s hard to tell. The first 10 years have been so eventful. The music business has really changed, and I’m very positive to those changes. I hope we still exist and are still releasing music. I can’t imagine a life without Progress Productions, there’s too much joy and love connected to it. It really is the best thing in the world to work with all these amazing bands. I’m a lucky guy.

I’d also like to take this opportunity to thank all the supporters from the first 10 years. It’s been amazing and a very strong force. You’re wonderful.