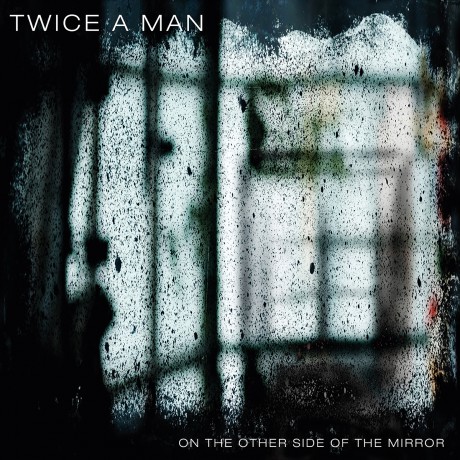 On the Other Side of the Mirror

Twice A Man has been around for almost 40 years now and throughout their career they have always evolved, tried out new things, going in different directions. Last year we got “Cocoon” where we went out into the forest together with an album that was probably their most ambient album to date. Sound wise, “On the Other Side of the Mirror” is more connected to “Presence” from 2015 though. With that album Jocke Söderquist, who left the band in the mid-80:s, returned and we got a connection between the annual rings in the story of the band.

And I must say, I never really got “Presence”. It was one of those albums that I should enjoy, but for some reason it never managed to stick with me. With this new release however, I feel that the pieces have been properly connected. The band continues to work close with two collaborators: Karin My, who adds backing vocals and Daniel Kaufeldt, who has mixed the tracks and added some extra instruments.

It’s a very compact release, with just six songs; there are no fillers here and when I first listen to it, I’m surprised when it suddenly ends. I want more, so I continue to hit that play button, but every time it leaves me alone. I want to go back into their world, which is something of the finest feedback a piece of music can get. The production is very nicely done and their way of creating musical landscapes continues to impress me and it’s very rewarding to listen to a band that still feels the need to evolve within their genre. It’s very big and colourful, filled with small sounds and tweaks. Each time I listen to it, I find new things to focus on.

We kick off with “Breath” that serves as a fitting introduction. With a perfect pace, it continues to build and build, adding all of the elements. Karin My’s vocals are adding to the dynamics with her voice as a tender contrast to the main vocals.

“Naked” might be the hit here, simply because it’s a bit faster than the other tracks. It serves a big purpose, to create dynamic in the flow on the album. Overall, the formula with the different elements is extremely well done in all of the tracks. I also really like “Growing” that adds very well to the dystopian feeling I get from the album. The first single “Modern World” finishes the album, and we are back again to our own world.

So, is this a retro album then? Not in any way, this is a more of a timeless album, and while Twice a Man may have returned to the thematic of their work in the 80s; it’s delivered in a modern style, feeling not dated in any way, but rather a perfect soundtrack to the world today. All in all, “On the Other Side of the Mirror” is one of the strongest albums I have heard from the band.