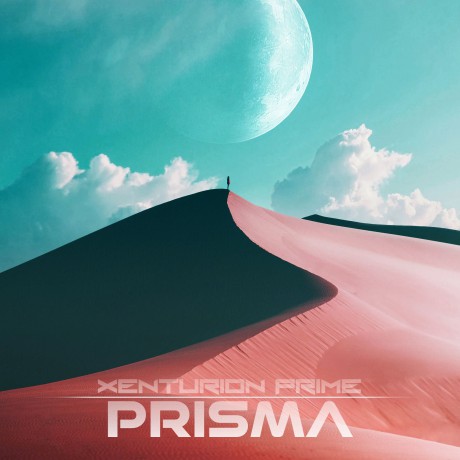 The Swedish / Norwegian powersynth duo Xenturion Prime are back with a pop album, after a slight detour with their last album “Signals from the Abyss”. That was a slower, ambient instrumental album that showcased the band’s ability to create beautiful sci-fi soundscapes. “Prisma” is a return to their trademark “more is more” futurepop / synthpop / techno and sounds like you would expect a new Xenturion Prime album to sound like. Which also means that there are not tons of innovation on display, but they’re black belt level great at what they do, so I’m not complaining.

After a soft instrumental intro piece, we’re off to the races: track after track of electronic pop perfection. The two singles “Embers” and “Distant Voices (featuring Karin My)” are both fairly mid-tempo songs. But don’t worry, there are some real dance bangers here as well. “Renegade” and “Shades of Light” are both ferociously addictive and eminently danceable. In between we have various tempos and styles, all marvelous.

Hasse Mattsson and Bjørn Marius Borg have carved out a very special place within our genres, both technically and musically. Even the album artwork is awesome.