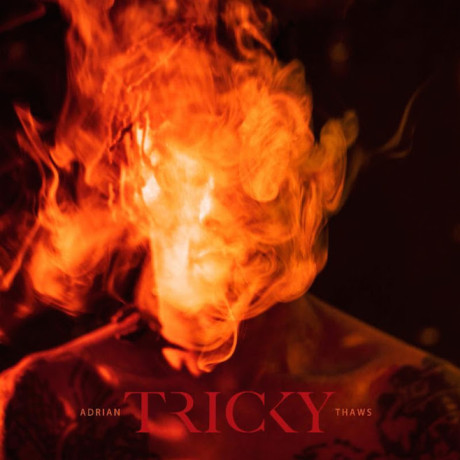 OK, OK – I’m not going to go into details here. You know who Tricky is, and if you don’t – where have you been? I mean seriously? Suffice to say, the one-time Massive Attack collaborator is now on his 11th album.

“Adrian Thaws” is an album that may surprise. First, the album title – it is actually Tricky’s birth name – maybe a sign that the artist is finally revealing himself…

…or maybe not, as this is an album of interesting musicality, nothing like an introspective and difficult-to-get-into concept album. It varies in styles from electro, to blues, and in some places it sounds even like reggae – yet has the dna of Tricky running all the way through it. It also features a wealth of guest performers: Mykki Blanco, Nneka, Francesca Belmonte and more, while Bella Gotti providing the vocals for one of my favourite tracks of the album “Why Don’t You”.

“Keep Me in Your Shake” is an example of the diversity on this album – it has low electro-bass tones over the track, yet also features a plucked blues guitar, making for an interesting, yet fully coherent track. “I Had a Dream” is beautiful with a minimal amount of backing, which even drops out at times to leave Francesca Belmonte’s voice exposed and seductive.

“Nicotine Love” is a club track, no doubt about it. It has soothing strings, vocal sample snippets, and then a juxtaposed wobbly bassline – this could easily be playing at a club near you, which might be Tricky’s most interesting development of recent years.

Overall, “Adrian Thaws” is one of Tricky’s most diverse and interesting albums, it has everything – fast tracks, slow tracks, introvert, extrovert, loud, quiet, covers… Tricky has re-invented his musical style again, and come up with something to rival some of the best albums this year.