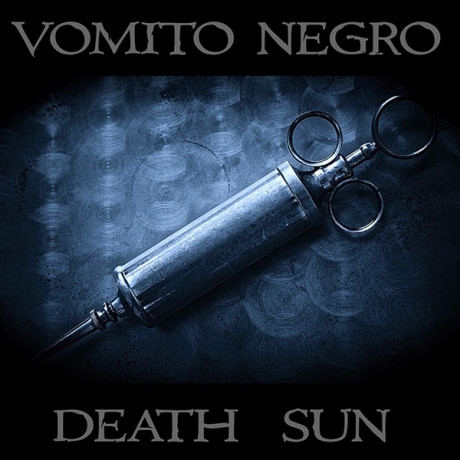 Belgian EBM-act Vomito Negro has kept a fast tempo since the restart in 2010, this being the third album since then. Just a little more than a year since the previous album “Fall of an Empire” we now are treated to “Death Sun”.

It starts of a bit slow, but on the second track “Stain” we quickly recognize the style. This is classic EBM – Vomito Negro keeps it’s strong formula. Nothing revolutionary here, but then again, it doesn’t have to be. EBM is a genre that likes it old school, and this is simple, minimalistic, danceable and with lyrics that you get at the first listen – just like it should be perhaps?

While I enjoy bands that explore the genre and tries to create something new, I also encounter tons of bands that just need to learn the basics first, learn to walk before driving a tank, if you will. Because what Vomito Negro shows is that when you have found a formula that works, you can stick to it.

The strenght being the formula, not much stands out here, both a blessing and a curse I suppose. Because I feel that this a good album, but I lack some singles, some tracks that pops out a bit. I really like “Fighting the Force” that has a slightly more dance oriented sound and I think this would work wonderful in the clubs. And if you like the Belgian sound, you can’t go wrong with this.