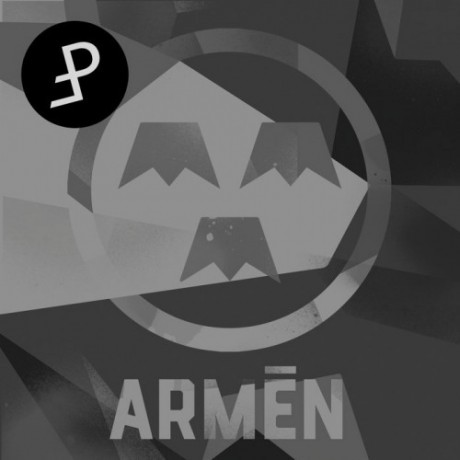 Seven years have passed since the latest album “The Dirt” from the most classic of Swedish EBM bands. That one was all about going back to the roots, updating songs written back in the late 80:s for a new generation of listeners. Now Pouppée Fabrikk are back with a new album, “Armén”. While I’m curious to hear a new collection of songs, I also expect to feel like being run over by a tank in classic Pouppée Fabrikk manner.

When I first put down the needle on “Armén” it starts off with “Only Control”, the single released some months prior. It’s still a great song, showing off that classic way of building brutal soundscapes. This band has never been about speed, this is a quite slow album, but it’s extremely brutal in its simplicity. “Burn Forever” is a perfect example; hard beats, catchy sounds and powerful vocals delivered by Henrik Björkk create EBM that grinds you down. And while one could argue that this isn’t very innovative, it takes skill to distill music down to its pure essence. That is exactly what we get here.

Another gem here is “Say Goodbye”, were they manage to create something that will work great on the dancefloor, but also works wonders as my soundtrack on the bus, walking in the forest or doing actual work. We also get some more experimental tracks on here, like “Kick It” where they lower the tempo even more to create a more atmospheric track and “Kom ta min smärta” where they have vocals in Swedish.

Just as one would expect, Pouppée Fabrikk manage to deliver an album that will be a future classic. They stay true to their heritage as one of the most classic and hard-hitting EBM bands ever.