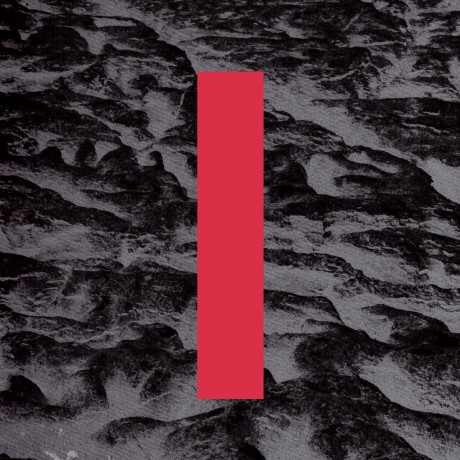 Have you heard about the sophomore slump? It’s the classic case where the sequel fails to live up to the standard of the first outing. In music, we tend to talk about that difficult second album, that we expect so much more from that one, especially if the first album was great.

Linea Aspera is one of those bands that really made a mark in the scene with their debut. Released on Dark Entries in 2012, the self titled first album from Ryan Ambridge and Alison Lewis set a new standard for bands within the synthpop/darkwave genre and it’s an album that I still listen to on a regular basis.

After disbanding in 2013 and with Alison keeping busy with both Keluar and Zanias, many people were surprised when Linea Aspera got back together in 2019, first for “Preservation Bias”, a collection of hard to find tracks and then for some live shows and finally a new album for 2020. You can guess what happened to most of the live shows, but at least the new album is here.

And my oh my, what an album. Let me say this right from the start, this is one hell of a comeback. The darkwave has taken a small step backwards, musically this is closer to synthpop than the debut, with slightly more danceable tunes. But the lyrics and vocals still tackle the hard subject of life and are delivered beautifully. For every release Alison’s voice continues to improve.

Just as with the debut, we get 8 songs, but while most of the tracks then were about 4 minutes, we got longer songs this time, allowing the landscape to expand even further which for me is a big plus. Ryan Ambridge has a great sense for melodies that are catchy enough to have you tapping along, but still keeps you on your toes, waiting for how the song will evolve. The first track “Solar Flare” is a nice example, starting with a simple beat and melody, slowly adding more and more harmonies, vocals and beats. The lyrics are, of course, strong as always, Alison Lewis’ very personal lyrics just keep getting better and better. And her voice continues to be one of my personal favourites in the scene, pouring her soul into every word.

Sometimes bands need to take a step back, pause, and reflect in order to take a new step forward. I feel that’s what happened here. This is an album filled with personal lyrics and I feel that the band has, in a way, matured during the long break. As a big fan of minimal wave, I have been waiting for an artist that dares to take that classic sound but bring it into the future. Linea Aspera, again, is that band.

I have a very hard time picking personal favourites from the album, as it tends to change everytime that I have listened to “LP II”, but “Decoherence” with a tad of a funky vibe or “Event Horizon”, perhaps the most dancefloor friendly of all the tracks, are strong contenders. “Redshift” is also a great track with minimalistic beats combined with very dark lyrics. “Hey, you’re a little young but I’d like to use you to fill the void. I’d like to use you to not be alone anymore.”

Overall, this is a very impressive comeback and a nice complete album that tells a story and for me, like the first LP, it really works well as a solid album and I tend to listen to the complete thing over and over, not skipping any tracks. I hope that they keep working on the Linea Aspera concept together because I truly feel that this is a band that we will look back at from the future, it will still feel relevant and still tell us tales about human life that we can connect to.