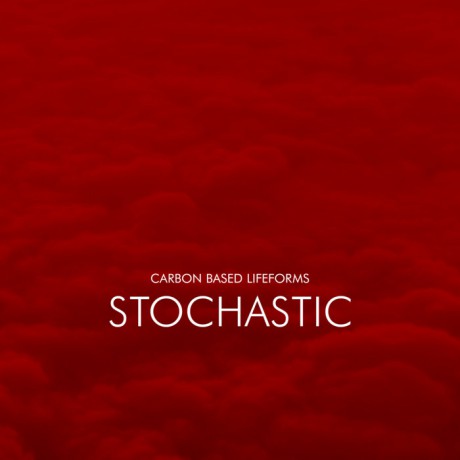 You may remember I raved about this duo from Sweden back in 2017, largely thanks to their delightful “Derelicts” album. I was also lucky enough to interview them that year, so I’m interested to see what they have been up to, and what is going on with this new album “Stochastic”.

Apparently it started out as an experiment, which then expanded into a whole concept album – the concept being to create music for “…passive listening, written by machines”. The duo basically explored what their equipment could do, found sequences that aided passive listening (as in music that could act as a kind of aural wallpaper), and basically let the machines perform the music while the band got on with other tasks. The idea was to create music that both kept them relaxed yet alert and motivated, without the tracks trying to grab their attention. Now lucky us, we can share in that.

As you might expect – the tracks are all quite long, and very ambient – befitting the purpose they were made for. You might be more surprised by how emotional some of the tracks are. Rather than describe my thoughts on all of them, I’ll give you general moods – as I think this is what the album merits.

There are dark moments, light moments, sometimes quite spiritual – which some may find amazing as generally machine-based music is claimed to lack any form of emotion (ask anyone who plays in a classic rock band). “Probability Approaches Infinity” has that feeling of vastness, with a constantly swirling mass of electronic drone sounding not unlike the sky falling in. Listen to “Hello from the Children of Planet Earth” and you will be genuinely touched by how easy it is to grab at your heart strings. There is a beauty and melancholy which traces its DNA all the way back to that gorgeously mournful Vangelis track “Love Theme” which plays in the original Blade Runner movie. “Stockhos” sounds like an alien conversation taking place in the heavens, as futuristic robots drift in and out of audible range; “Sphere Eversion” sounds just like being in space (well how I imagine space would sound anyway). Considering it is ambient music, it is amazing to see the depth and variety here – each track feels genuinely different and not just variations of a theme.

I would have liked a beat somewhere, I have to say. I know this is a concept album, and that was not meant to happen – but sometimes I felt like one or two of these beautifully constructed tapestries would have been great finished with a little solid frame (namely a strong rhythm section).

Naturally I found it a little difficult to maintain focus for this review, as I think it was designed for you to zone out to – so all too often I would find myself staring into blank space rather than typing words, a minor gripe, but to be expected… The best way to approach this album is to not expect too much – let it play and enjoy the aural massage it brings. I left the album feeling like my brain had just had a cold shower, and felt all the better for it.