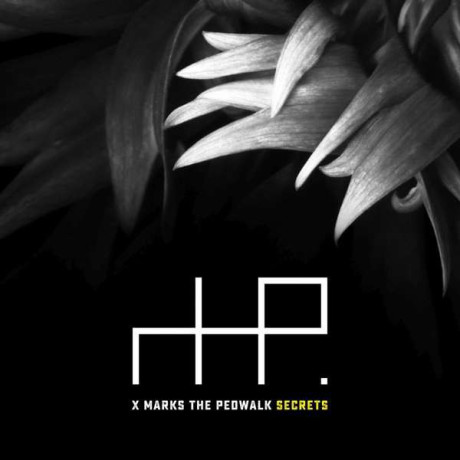 Sevren Ni-Arb, the alias of André Schmechta, has been at the helm of his X Marks the Pedwalk since 1989 and the “Arbitrary Execution” single. Residing at Zoth Ommog, the flagship of EBM and industrial at the time, their sound was pretty aggressive back then. The focus has gradually shifted towards melody and razor sharp electronics. “Secrets”, the band’s ninth studio album, is their best yet.

The first real sound evolution of X Marks the Pedwalk took place between “The Killing Had Begun” and “Meshwork”. Somewhere in 1994 Schmechta must have grown tired of all things undustrial and returned the following year with the brilliant “Facer” single. Techno, EBM and synthpop in a delicious, catchy hybrid. The accompanying album “Meshwork”, while less direct than the single, marked a definitive break from their previous sound. This is where X Marks the Pedwalk became interesting for me personally, but it probably cost them some old fans.

Trying to refine their formula “Drawback” came out in 1996 but failed to reach the hights of its vibrant predecessor. It would take fourteen years until their next album “Inner Zone Journey” (Infacted Recordings). This is where you get a sense of things to come. “The Sun, the Cold and My Underwater Fear” and “House of Rain” further cemented the band as a potent laidback electro force, but “Secrets” is where it all comes together so beautifully.

It’s an admirably strong album of nine exquisite tracks. Schmechta takes turns singing with wife Estefania over pounding, clinically produced electronics. “Secrets” is the most synthpop X Marks the Pedwalk has ever sounded and I’m totally in love with it. The hypnotizing “Ghost”, robotically cool “Photomatique” and the dreamlike darkness of “One Time” are only three examples of the superb quality of the song writing here. Dare I hope for more of this in the future?