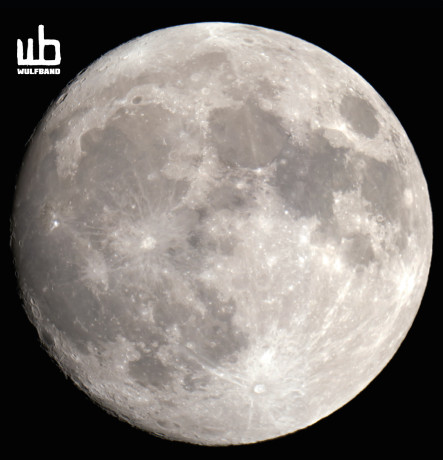 When I first heard Wulfband my thoughts were a cynical ”oh wow, yet another old school EBM band singing in German, we sure need more of those”. But then I heard ”Attentat” and started to understand what the fuzz was about; Wulfband are a few levels above most of their competition. For starters, I’m almost having a hard time writing this because I’m digging the music so much. Their groove is very infectious, and while they’re strictly not doing anything particularly new, they do it with so much energy and charm that you can’t help but love it.

Which leads us to the point of the band members. They are incognito, so we don’t know who they are except that they’re from Sweden as most artists on Progress Productions are. They sing ”Wir sind die Swedische Muttificker” (”We’re the Swedish Motherfuckers”) in the song ”SMF”. We know there are 2 of them, and that they have potty mouths. Another blisteringly filthy and furious song is “Fick Das” (“Fuck This”).

The longest track on the self titled album is 3:06 minutes, which says a lot about the intensity on display. They do not drag things out, and most songs are at 100% velocity within 10 seconds.

Anyway, they sure have studied their EBM, and taken the best parts from Nitzer Ebb, DAF, Spetsnaz etc while adding on to it with their own style. Old school in a new way, and it’s excellent. If you’re the least bit interested in this genre you should check out Wulfband.