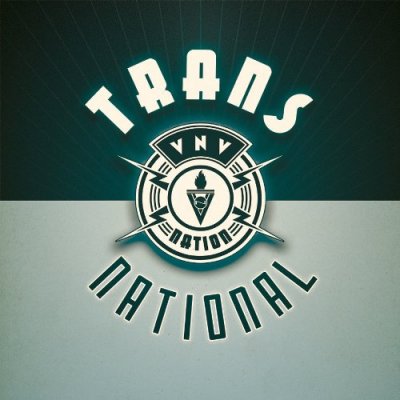 So, Ronan and Mark (well, mostly Ronan) are back with a new VNV Nation album. And things are as you’d expect them to be. “Transnational” is complete with retrofuturistic artwork, emotional electropop (or futurepop, if we’re still using that term) and Ronan’s characteristic crooning. In fact, it’s so familiar that it’s fair to say it sounds like VNV by numbers and both sound and production haven’t progressed much on the latest albums.

The song writing has evolved somewhat though, but I’m not sure it’s a good thing in this case, since Ronan is now making singalong tunes of Eurovision calibre, and unfortunately with rather predictable melodies and chord changes. On a few tracks I literally knew how the song would go already on the first listen. It’s all very pleasant and fluffy, but frankly a bit dull since the edge that used to be there has been filed down. As you might know, I have zero problem with cheese, so I rather enjoy the sweet syrup of the clinging synth leads, but they are now edging toward Erasure. Not that there’s anything with Erasure mind you. Au contraire. I’d love a move towards softer synthpop, but do they have to be so predictable?

I wish Ronan would try out some new stuff, buy some new gear, go a bit crazy in the studio, and perhaps consider bringing in some outside influences by collaborating with someone. As it is now, Ronan has walked into a dead end. But let’s be fair, he knows his stuff. “Transnational” is far from bad and I’ll gladly listen to and hum most of the songs here – especially “If I Was”, and might even have a little dance to it. But really, I think it’s high time for them to venture into undiscovered country.