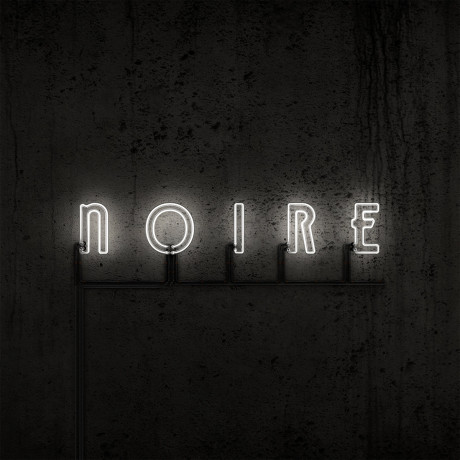 VNV Nation is not the band for you if you’re looking for adventurous sound design or groundbreaking new styles. Ronan Harris has settled into his own sound now, continuing the uplifting, epic and powerful electronic synthpop of his later output – sometimes with techno and trance influences. And he is a master of his domain.

It does feel a bit too safe, and by safe I mean he’s reusing a lot of themes and structures from the recent albums, and on several occasions I get the feeling I’ve heard the song before. I also have a preference for more dynamic beats, and the rhythms throughout ”Noire” are very restrained and quite static. It seems Ronan has gone more and more simplistic and minimalistic, whereas I feel that some tracks would be elevated even more with a more lively beat. Maybe that’s just me though and I presume it’s a conscious choice. Perhaps it was Mark Jackson leaving the band that enabled Ronan to be more restrained, who knows.

Small niggles aside there is a lot to love here. Ronan sings better than ever, solemnly painting a picture of a dark future, and some tracks have melodies that just get stuck in your head and twirl around for hours. ”God of All” , ”Armour” and first single ”When Is the Future” are but a few examples. Ronan also has a knack for pure ”epicness” as brilliantly showcased in ”Collide” and ”All Our Sins”, which ends the album in a crescendo of soaring, beautiful strings.

Speaking of beauty, Ronan manages to wring a lot of emotion and beauty from his machine park, which is no small feat. There’s a few shimmering instrumentals around, and a sweet piano piece called ”Nocturnal No. 7” featuring Simon Jakubowski, but the upbeat tracks are the most impressive.

”Noire” is the strongest VNV Nation album in a long time and will probably feature on my best of 2018 list. A surprise, to be sure, but a welcome one.