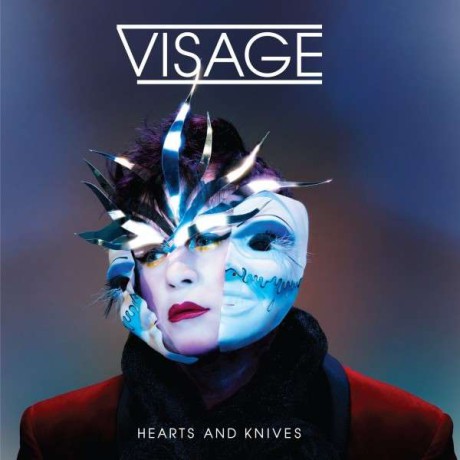 In the ongoing and, seemingly, endless parade of eighties acts making comebacks, time has finally come for Steve Strange and his beloved Visage. It is indeed hard not to be charmed by the nostalgic feel of “Hearts and Knives”, but can it bring the band back to the spotlight?

There are glimpses of brilliance to be found, but they merely appear in fragments scattered throughout the album. The single “Shameless Fashion” is a solid track, albeit hurt by over ambitious guitar play. “She’s Electric (Coming Around)” is more my speed musically, but lacks in the song writing. This incomplete theme plagues an otherwise pleasant album and makes me lament the fact that Visage had the chance but did not fully take it.

Let’s see what the future brings for Strange and his cohorts as the talent and feel are this still very much in evidence. They just need to be condensed slightly further.