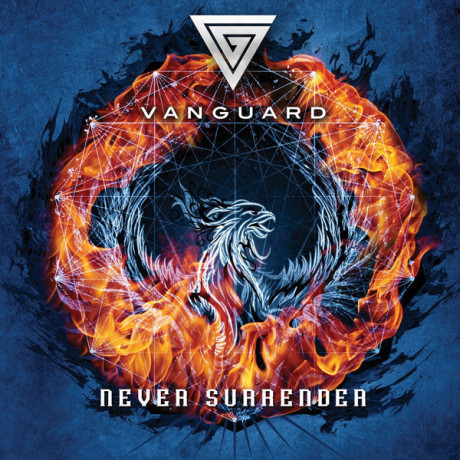 Just by hearing “Never Surrender”, you might surmise that it’s Swedish synthpop. Which of course is a bit like German synthpop, but with a Swedish accent. There are elements of both Melotron and And One here, but it’s got a certain stiffness to it, as well as a sense of ”we’ve heard it before”. Most of the sounds and melodies invoke deja vu, even though Vanguard obviously are very talented and have crafted a whole bunch of catchy songs.

Jonas Olofsson and Patrik Hansson from Gothenburg in Sweden are the guys behind Vanguard, and their talents are more geared towards high tempo dance floor hits, of which there are many on ”Never Surrender”. When the tempo goes down and veers into ballad territory, things get more shaky. Dance hits like ”A Different Story” should fill most floors though.

The band is evolving, but I would prefer if they tried to find their own sound and start walking down their own path.