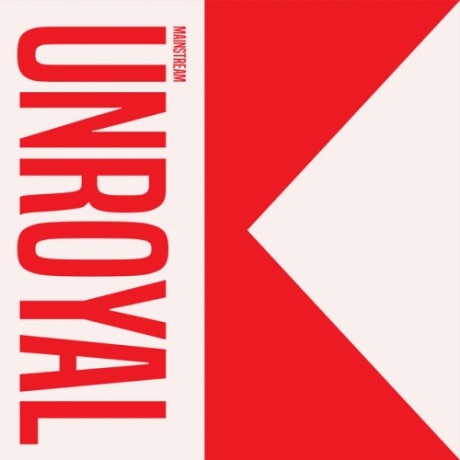 Post-80:s synthpop acts are generally not too keen on reinventing the genre. And God knows the audience won’t let them. When presented with new releases with references to definitions like new romantic, one often knows what to expect: Static and stale reinventions of the classics. And many related underground electronic genres tend to be for the inveterate, consecrated die hards. The output of many current acts seems to aim for staying as far away from the mainstream as possible.

Enter Unroyal; with an album actually carrying the title “Mainstream” and we are proven the very opposite. Henrik Oja and Adam Olofsson from Umeå in Northern Sweden are far from any newcomers per se, but Unroyal is their maiden voyage in the seas of electronic music. Both members have long dreamt of forming a synthesizer based pop band and they share the same references to the (early) eighties British school with straightforward, strong melodies and and the omnipresent aura of melancholy.

Oja and Olofsson are definitely not presenting any new takes on the style or reinventing the wheel but, compared to today’s genre standards, Unroyal are way above average. “Mainstream” is that kind of album you actually may present to your “normal” mainstream (yes, pun very much intended) friends. The quality of the songs and the production makes this album more than a narrow concern for the synth heads.

There are several other bands presenting coherent and pro-sounding mixes but still; Unroyal delivers this while still maintaining a sense of musicianship rather than sounding like skilled programmers. Behind every simple and naive synth line, there is a direct honesty reinforced by Olsson’s strong androgynous vocals. At times he is impressingly close to a certain Alison.

The duo performs at its best when keeping a more uptempo pace, like in album opener “Something Stayed”. The distinct directness of the instrumental part and the urgency of the vocals instantly throws the listener into the world of Unroyal. This world has place for a few low tempo ballads too. While these tunes also impresses me, they are dangerously close to enter European schlager territory. But, to sum things up, if you’re looking for a new and powerful synthpop album, presented with details – ”Mainstream” by Unroyal is definitely it.