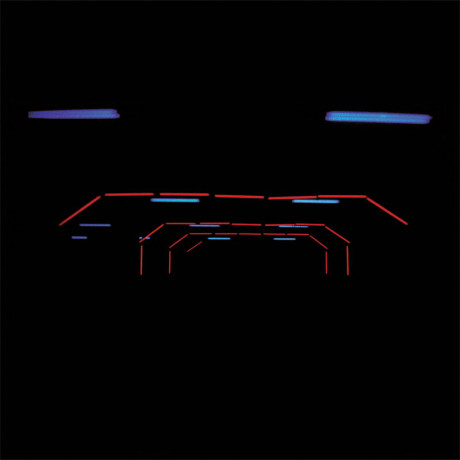 I totally missed the release of Trust’s debut album “TRST” back in 2012. I ran into this Canadian project by chance when a friend sent me a link to the “Candy Walls” video on YouTube and was totally blown away by this odd blend of synthpop and indie. Back then Trust was actually a duo with Robert Alfons and Maya Postepski of Austra. However, Postepski left this project around the time of the first album release in order to focus on Austra.

Now Alfons is back on his own with the release of “Joyland”, a release that basically follows the sonic path of the precursor but with a main difference. While the sound is almost right, with its schizo blend of eighties-piped music and that obscure alternative twist, the songs are generally not as on the spot as on the “TRST” album. The melodies are there and so is the melancholy, but they are somewhat obscured by a much more squashed disco production in general. To me, the first album was the “all-night-drinking-opener-and-post-club-contemplational-chill” soundtrack while the overall character of “Joyland” is an ambition to put Trust into the actual club environment itself. The result is that the weight of the songs at times get lost in the mix. Still, the ironic impact is quite interesting in its own way but I’d preferred a less punchy outfit just to keep the main focus on the actual tunes.

Still, this is a very relevant release since it displays a very unorthodox way of approaching synthpop, especially vocal-wise. Alfons is artistically just right with this merciless treatment of our electro heritage. He should, however, not overwork and try too much but rather relax and go with the flow.