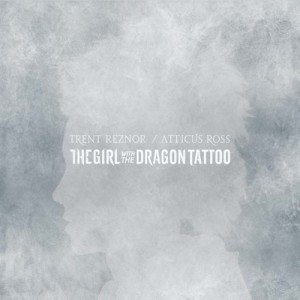 The Girl with the Dragon Tattoo Soundtrack

Trent Reznor has probably always been drawn to projects where his music is to be used as a catalyst for images. Many of his own more low-key and quiet songs are suited for soundtracks and, apart from the very early “Pretty Hate Machine” videos, clips for Nine Inch Nails songs have generally been rather cinematic. In the “Broken Movie” (an unreleased promotional film for the “Broken” EP released in 1992) the music was not necessarily in focus. A few years later Reznor was commissioned to to put together the “National Born Killers” soundtrack and thereafter other similar projects came like e.g. music for the game “Quake II” and David Lynch’s “Lost Highway”. Still, back then the music was definitely of the Nine Inch Nails formula, more lent towards the pop/rock format and not custom made for the actual moving image project itself.

Since NIN’s been put to sleep and the How to Destroy Angels project hasn’t seemed to have taken off, Trent Reznor has obviously had more time to hunt down soundtrack gigs with his musical partner Atticus Ross. Just like the award winning soundtrack for “The Social Network”, released about a year ago, this massive job was a collaboration with Ross – a man far from being an amateur. Back in the UK in the eighties, he was programmer for the legendary Bomb the Bass, collaborated with Barry Adamson and later, after moving to the US in 2000, he got to know the NIN batch and was to be the producer/programmer for NIN releases like e.g. “With Teeth”, “Year Zero” and “The Slip”. He has also been doing some quite impressive things for television and the film industry before his soundtrack projects with Mr Reznor.

While last years sonic companion to “The Social Network” was a very nice listening experience I feel that that “The Girl with the Dragon Tattoo” goes further in terms of refinement. Like the two gentlemen were trying out a new concept then and now have been able to develop it into something more. Of course, the theme of the latter is much darker allowing the sound to carry more similarities to many NIN fans’ (including myself) favourite album “The Downward Spiral”. Some of the work on “The Social Network” was a bit too “standard Moog-based electronic groovy semi-disco”  for my highly personal taste.

The soundtrack kicks off with a cover of the Led Zeppelin’s “Immigrant Song”, featuring Karen O on vocals. The cover is very industrial rock of the early nineties era and reminds me of the Front 242/Kristin “99” Kowalski songs on the 1993 album “05:22:09:12 Off”. The song is OK but it feels pretty dated, somewhat like a NIN-ified Garbage (i.e. the band Garbage). The second vocal track and likewise the closing of the album is a How To Destroy Angels song titled “Is Your Love Strong Enough?” (speaking of gothic references; is this a tribute to the Sisters of Mercy ballad “Under the Gun”?). While I do like both these songs I still think that they feel a bit redundant on an album that, to me, would have worked better totally instrumental. The overall theme on this soundtrack is very subconsciously touching sonic collages with a hypnotic quality to them. This hypnosis gets interrupted by two vocal tunes that forces the listener back into the pop format. Since I haven’t seen the film yet I must emphasize that the two vocal tracks may still fit perfectly into the total experience at the cinema. This review is written strictly with the soundtrack in mind and ears.

Apart from my nagging a bit at the opening and the closing title, this three hour odyssey was an overwhelming experience. The textures are perfectly balanced and while one foot is stuck in the sensual harmonics of Reznor there is still plenty of room for interesting soundscapes and industrial spheres. A must have for everyone willing to finally get over the fact that NIN is no longer with us.