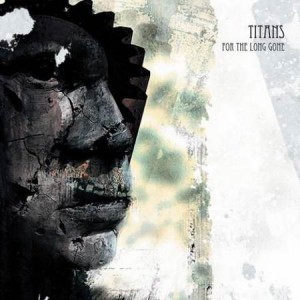 For the Long Gone

Titans is a new Swedish/American synthpop band consisting of three guys called Fredrik Mattsson, Jimmy Svensson and Dan von Hoyel. I assume Dan is the one from the US since his name doesn’t involve “son” in any way. He takes care of the vocals which is handy because they write songs in English, and that way they’ll be sure to keep the “Swenglish” from entering the arena. However he has this typical “synthpop” voice, a sort of operatic baryton. Which is fine, because he pulls it off really well, but it doesn’t stand out.

“Doesn’t stand out” is unfortunately how I would describe the album as a whole, not only because of the above mentioned vocals, but also because the sound is very derivative. It just feels like we’ve heard it before, and better. Musicwise, imagine a blend of And One and In Strict Confidence without the hits and sort of in slow motion and you’ll kind of know what I mean. It’s not bad by any means, and there are some tracks I enjoy such as “My Sorrow” which has a bit more complexity to it, and is not entirely built around a bass line. “All There Is” also has a memorable chorus which is probably why it was chosen as first single.

That said, as a debut album it’s not shabby at all. I’m still looking forward to what these guys can cook up in the future. I just hope they mix it up more, with some faster songs as well and more varied production.