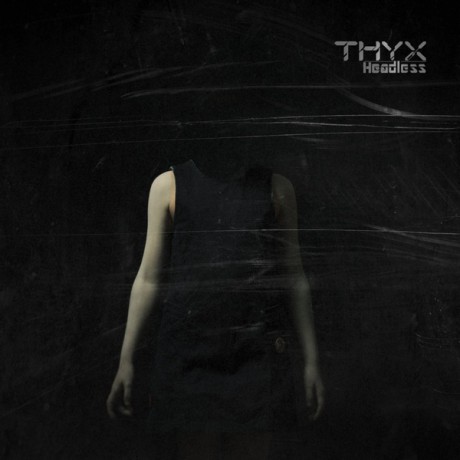 How long can he keep it up? The frequency with which Stefan Poiss shows his electronic brilliance to the world is nothing short of spectacular. Starting the Thyx project in 2012 as a solo side effort to the vastly popular Mind.in.a.box, Poiss evidently found an outlet to channel his most personal agenda. “Headless” is the fourth Thyx album and I would be hard pressed to find any revolutionary features on it. Nevertheless, it still manages to impress wildly.

“Not My Deal” sets the unmistakable tone through sweeping synths, Stefan’s whispering murmurs and the eerie atmospheres so common for both Thyx and Mind.in.a.box. From then on it’s smooth electronic sailing right up until a rather brisk sidestep in “Pain of  Silence”, an unconventional slice of rock flavour oddly out of place on such a futuristic electronic record. New forms of expression should always be encouraged, yet I cannot help but hope Herr Poiss will steer clear of similar excursions in the future.

“Headless” is full of captivating moments and while we all wait for more Mind.in.a.box, Thyx is the perfect musical replacement drug. They both cater to the same crowd, yet I am very thankful both projects exist as they feed my insatiable music hunger for all things Poiss.