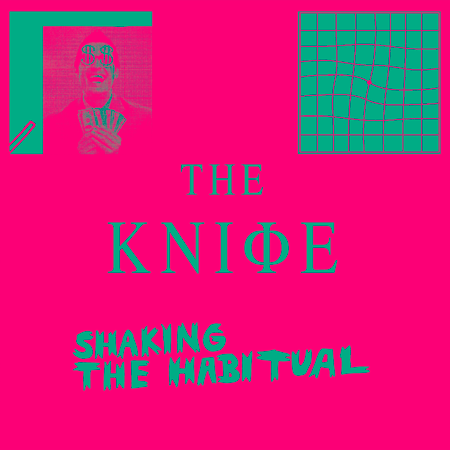 It’s amazing to think how much The Knife have changed while I’ve been listening to them. The first album I took notice of was “Deep Cuts”, a good album I thought, but no more than that. Over the years though I have seen them develop through the avant garde (their collaborations with Mt. Sims and Planningtorock), and even splitting off to go solo (Fever Ray), and each time it seems that their work becomes more interesting, more vital… It is no understatement when I tell you I awaited this release with interest.

The beginning doesn’t disappoint – starting off in an almost tribal jam with the opener “A Tooth for an Eye” – the track bristles and demands attention from the outset. However, this track is the aural equivalent of clicking into gear, as it is the following track, “Full of Fire”, which sets the mood for the album – with experimentalism latching onto, at times, full on techno groove, creating a prickly cut full of attitude and swagger.

“Without You My Life Would Be Boring” is a great title for a song by any stretch of the imagination – and the tune is equal to it. Karin Deijer’s vocals seem more sophisticated and confident each time I hear them, and I’m almost beginning to see her as a more cat-like Bjork at times – the same playfulness, but with more of a screech… As much as I want to like this track, the whistles of a seeming orchestra of recorders remind me too much of frustrating days in primary school music lessons to make it enjoyable.

More successfully “Fracking Fluid Injection” is an echo chamber of stream of consciousness words and sounds is perhaps my favourite of the set. It’s atmospheric, yet accessible – and another great title! The stripped-down, almost minimal drums-and-voice combination of “Ready to Lose” is the closer and contrasts well with the previous material – another success then. There are a lot of big tracks across the set, in terms of length (“Full of Fire” 9:17, “A Cherry on Top” 8:43, “Old Dreams Waiting to Be Realized” a whopping 19:02), which, in one sense, allows tracks to fully expose themselves to the listener, giving them a much more organic feel.

Two tracks that doesn’t just make a point, but firmly ram them home then are “Stay out Here” and “Networking” – the latter involving a jittery synth spluttering over an equally jittery rhythm and snare/kick combo, while vocals fly around like malevolent spirits in, out and between the instruments. If “Poltergeist” had been made as a radio play, this would have been the sound they were aiming for.

“Shaking the Habitual” is a brave, risk-taking and long double-album, which isn’t afraid to show it’s swagger. There are many interesting facets to the structures and layers which encourage repeated listening, and live I can imagine will be something really special. My only concern is how many people will be brave enough to give this at-times-challenging album a try…