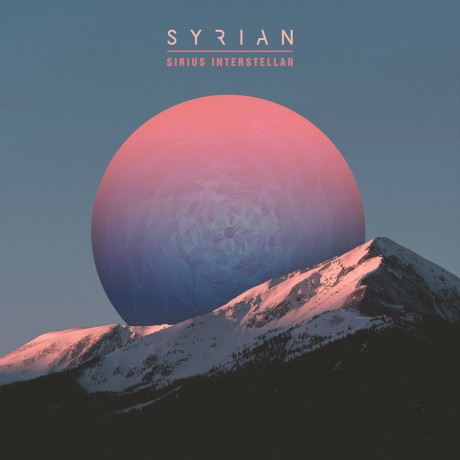 “Death of a sun”, the last album from Italy’s Andrea Peluso and Lorenzo Bettelli, was a vital return to pop form after more dance oriented excursions on previous works. “Sirius Interstellar” is Syrian’s fifth album and it’s stepping back towards the clubs.

“We Are Stars” is not quite the opening I would expect from such an experienced duo. Quite amateurish and run-of-the-mill techno sounds make up the weakest moment on the album. Luckily, things pick up from there. “Vectorial Trace” is a cool vocoder-heavy gem followed by irresitable dance bomb “Distance”. While their last album even had a few atmospheric ballads, “Sirius Interstellar” is all about moving your feet. This is achieved most successfully in the gorgeous, dreamy “Underwater” featuring Michelle Lockey on vocals.

Personally I would have preferred a sound closer to “Death of a Sun”, with its more varied synthpop oriented soundscape, but “Sirius Interstellar” really delivers on the dance floors. Not many bands have the skills to combine styles like Syrian, so it’s a shame this album will only be released in digital form.