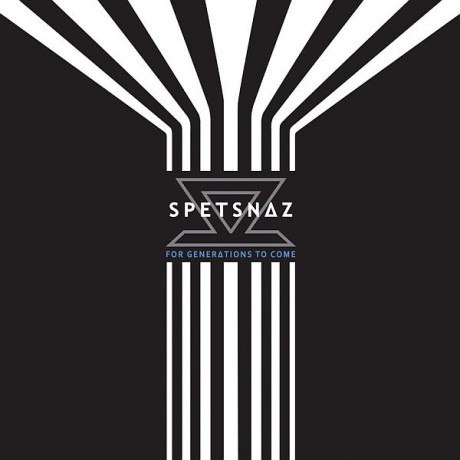 For Generations to Come

“What’s this?” you might wonder. Has Nitzer Ebb finally released a sequel to their legendary album “Belief”? It sure sounds like it! Well, they haven’t, even though I imagine a lot of fans would do much rejoicing if such a thing happened. Instead we have the next best thing, namely Spetsnaz. They’ve basically taken the “Belief” sound, speeded it up a bit, blended it with “That Total Age” and hey presto – Instant Nitzer. The singer Pontus Stålberg even sound like Douglas McCarthy.

This is not to say it’s bad, because it isn’t. They sure know their way around their knobs (on the synthesizer, you pervert) and they have talent for making excellent old school EBM basslines with that punchiness we all love. And they don’t always sound like Nitzer, they can emulate DAF too! Nah, now I’m just being mean, they actually do have some great dance tracks on here, it’s just that they’re not bringing anything new to the table. You know exactly what you get with Spetsnaz, but they do it well.