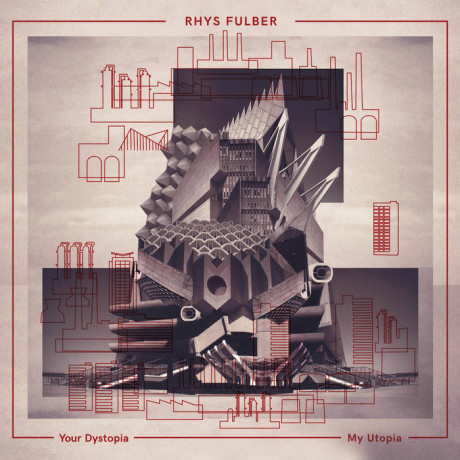 Your Dystopia, My Utopia

The first time I listened to ”My Church” on ”Your Dystopia, My Utopia” my ears perked up pretty early on. I recognized that riff! I tried to figure out where I’ve heard it before, and it turns out Rhys is ”stealing” from himself. It’s plucked from ”Crowning Glory” by Will, his early 90:s medieval industrial project. It’s from the album ”Pearl of Great Price” – which also happens to be one of my favourite albums of all time.

This is pretty symbolic for the album as a whole. Old meets new. Rhys’ new solo project is released under his own name, and is a mix of EBM, industrial and techno. After his poppier output in his other solo project Conjure One, this lets him live out his visions of harder beats. He’s taking elements from his long career and bring them into modern soundscapes, while adding tons of atmosphere.

Rhys’ stint as producer on Youth Code’s latest album might have rekindled something in him, and I guess this also bodes well for the upcoming Front Line Assembly album that he and Bill is recording in his studio in Los Angeles. In the mean time, I’ll be grooving out to bangers like the aforementioned ”The Church”, as well as ”Limited Vision”, ”Anhedonia” and ”The Sick”. They are all fantastic tracks – dramatic, danceable and full of suspense.