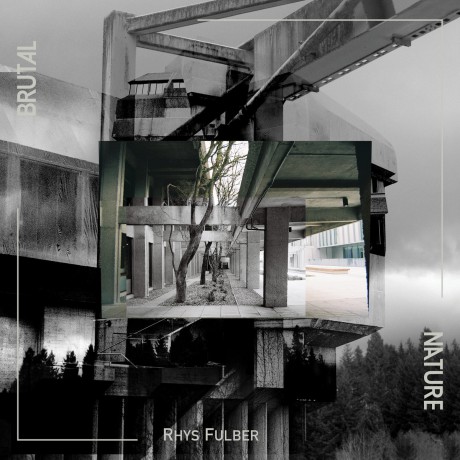 After leaving LA and moving back to British Columbia and a small town outside of Vancouver during the pandemic, Rhys Fulber started to enjoy the beautiful nature in the area. His love for photography grew a couple of notches, and he started taking a lot of pictures both of nature and of brutalist buildings he came across. This album is about the juxtaposition between these two opposites. Brutal nature.

Musically, this album is a logical continuation of Rhys’ solo sound, which is atmospheric industrial techno. But this time he also weaves in more ambient passages, and enters a more intricate territory. Interesting rhythmic experiments like “Pressure” goes hand in hand with soft, melodic pieces like “Fragility”, and we also have “Night Render” which is a bit of both. Although they exist, there aren’t many four on the floor dance tracks here. Perhaps we’re getting close to the old moniker “intelligent dance music”?

One of those “four on the floor” tracks is the album closer “Stare at the Sun”, featuring Sara Taylor from Youth Code. A fat bass line percolates underneath her vocals throughout, and it’s an interesting choice to include on the album since it doesn’t really sound like anything else here. It works but unfortunately it doesn’t really get going. I’d like at least a couple of rhythmic changes to spice things up!

I enjoy the more atmospheric approach Rhys has taken on “Brutal Nature” and it’s an album I keep coming back to, as it rewards multiple listens.