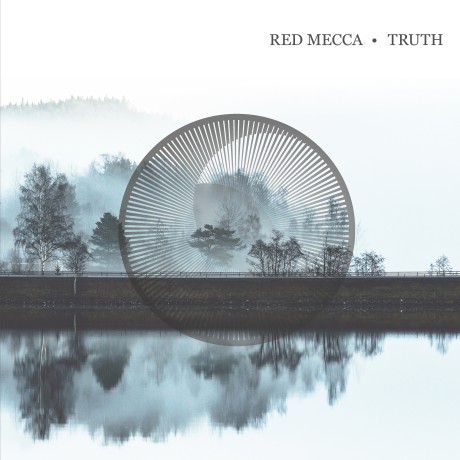 Despite what one could believe, some Release Magazine reviewers occasionally manage to totally to overlook some artists. I’ve certainly been well aware of the existence Release favorites Red Mecca, but somehow never gotten to dig deeper into the vast catalogue – until now.

Of course, I have enjoyed the odd tune by this band ever since the beginning of this millennium, always been quite impressed by the quality of both the songwriting and the production. Strandqvist is an experienced musician – he used machines in punk bands as far back as the 70:s – yet never trying to take the easy way out and presenting any predictable sonic routine.

“Truth” is full of fascinating twists and the collision, or rather cross-fertilization, between the cultural backbone of Red Mecca and the vocals and other musical inputs. Jonsson keep me paying attention to details; all through the album. While this is far from a bright journey, the album is an uplifting experience in all its melancholic glow – it’s like a rollercoaster with unorthodox, at times close to daring, harmonic blends.

While electronic, darkwave and post-punk acts often tend to stick to their genre blueprints, Red Mecca delivers a kind of raw, merciless attitude; still presented with elegance. However, there are some weaker passages in certain parts of some of the tracks, keeping me from giving this album a 10/10.