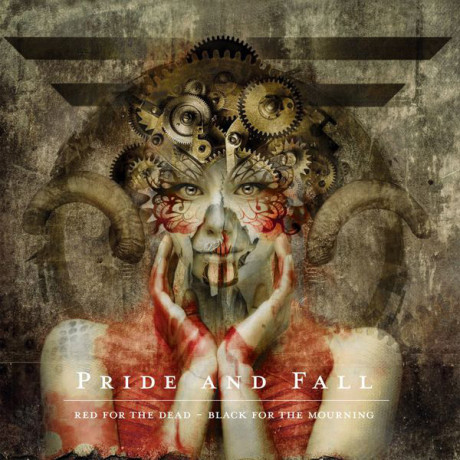 Red for the Dead - Black for the Mourning

Back when Pride and Fall released their debut album “Nephesh” in 2003, they were firmly settled into the newly appointed futurepop genre. With every album since, the overall sound of the Norwegian trio has become less and less pop. They were always darker than their peers and “Red for the Dead – Black for the Mourning” is no exception. If anything, it’s even more grim than their last production “Of Lust and Desire”.

Enigmatic preview track “Broken Men” represents their older, more melodic, sound together with midtempo beast “Start of a New Day”, while several other tracks rely more on furiosity and speed. “Army of Ghosts” and “When Darkness Comes” are both potent examples of this more aggressive style. Their use of distorted, screaming vocals is not a plus in my book, but the songs are all cunningly written so all is forgiven.

Using club foundations and occasional guitar stabs give the album even more strength and paired with the droning vocals of Sigve Monsen “Red for the Dead – Black for the Mourning” is turned into a vicious synth monster. You should all try and make friends with it.